AMC : Other BARCELONA II for sale 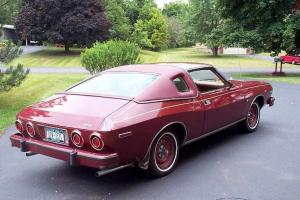 As described below. Please read my feedback; many buyers say the item was better than described.

I try to tell it like it is and I sometimes may be too critical.   I will describe the good and bad.

All this said. this car presents nicely as-is and the driveline certainly seems solid and well taken care of.

I would say the car is : “ good to very good DRIVER QUALITY needing paint and resto for show quality ”

1977 MATADOR BARCELONA II COUPE with a 360 V8 and AUTOMATIC Transmission.

The car is in good to very good condition needing mostly a caring owner.

Past and present racing royalty.

In 1976. a "Barcelona" option offered an alternative to the personal luxury cars offered by other automakers such as the Chrysler Cordoba and Chevrolet Monte Carlo. [38] For 1977 and 1978. the "Barcelona II" coupe featured a padded Landau roof and opera windows. styling cues that were required at that time by buyers in the highly popular two-door "personal luxury" market segment. At first it was available in only one distinctive two-tone paint pattern consisting of Golden Ginger Metallic with Sand Tan. For the 1977 model year. the Barcelona came in a second color scheme: an Autumn Red Metallic on Claret Metallic combination. For its final production in 1978. the Barcelona model was also available on the four-door sedan body style.

Motor Trend magazine road tested a 1977 Barcelona II coupe and found it to be equal to all in the objective areas. as well as one of the most distinctive vehicles on the road that "makes a good deal of sense. if you're not put off by the Matador's unique lines. "[39]

Penske Racing prepared factory-backed Matador hardtops and coupes were used in NASCAR stock car tracks. Drivers included Indy winner Mark Donohue and Bobby Allison. and they won a number of races. The company's effort "raised eyebrows" for many NASCAR veterans because AMC was not known for cultivating a racing image. [40] Racing pundits "initially scoffed at the notion of an AMC entry" on the circuit. but "the Matador acquired a fan following of its own. "[41]

Holman-Moody built a pair of 1972 2-door hardtop "Bull Fighters" for Penske as the marque's first attempt at NASCAR in 1973. [42] The Matador was one of the first oval stock car to use disc brakes. [40] After Donohue won the Western 500 with the first generation Matador hardtop with four wheel discs. other teams soon followed with the upgrade. [43]

The new 1974 coupe replaced the previous "flying brick" two-door hardtop design. [44] Penske was quoted as saying that they did what they could with the old hardtop. and it did better on tracks with more curves and fewer straightaways. Donohue did not survive to drive the new aerodynamically designed fastback coupe. that many believe was aimed at NASCAR racing. The five wins for the AMC Matador are:

I'm selling my Matador Coupe - what is it worth ? The best answer is - "Whatever someone will pay for it. " If you are looking for a dollar amount. I have seen low mileage. excellent condition Matador Coupe sell for as little as $10. 00. and as much as $20. 00. Personally. I have a hard time seeing how anything over $15. 00 is justified unless it is a low mileage car in excellent condition. While well-restored examples of Matador sedans can still be purchased well under $5. 00. ads have been published asking over $45. 00 and more for restored coupes.     I want to buy a Matador Coupe. What should I look for ?

First. buy a Matador Coupe because they will highly collectible. I am realistic enough to realize that the coupe is a rare car. and will attain the collectible status. If you simply like the car. and enjoy it's looks and character. then by all means get one. They are not all that rare. although it is getting more difficult to find one in pristine condition. Look for a Coupe that is complete. with as little body damage as possible. and with as many options as possible. X. Brougham. Cassini and Barcelona/Barcelona II trim packages are your best bets. although base models can be dressed nicely. too. As with any older car. the less things missing or broken. the happier you will be. Glass. lights. rubber seals. metal trim. and interior pieces are all unique to the Coupe. so those should be a high priority. If the engine or tranny is trashed. but the car is complete and in good shape otherwise. get it. Any AMC 6 or 8 cyl. engine and transmission from 1970-1987 will fit. including the 232/258 6 cyl. . and the 268/304/360/401 V8. The earlier AMC 268/290/343 and 390 V8s will also work.

The Barcelona included numerous comfort and appearance upgrades in addition to the extensive stMany contemporary observers assumed the sleek styling was dictated by the need for better aerodynamics on the high-speed NASCAR ovals; Mark Donohue hadn't called the old Matador a brick simply because he didn't like its looks. a. The special items were: individual reclining seats in velveteen crush fabri

-The Matador that your Dad gave you was most likely a 1974 Matador D/L coupe. When Penske racing tested the Matador coupe on the Nascar superspeedways they found that the big quarter window created too much aerodynamic drag. To solve this problem they had AMC create the D/L Barcelona II package. with the small “porthole” rear quarter window. They had to offer it as a production model because Nascar rules stated that 500 of a car model must be available to the public to qualify it as a stock item that could be used on the tracks. If you see a picture of Penske's first 1974 Matador prototype it has the big rear window. When it hits it's first race. the Winston Western 500. it had the small quarter window. When asked about the rear window treatment. Penske replied it was a “Penske window” which is what you might have heard your dad say when you got the car. despite what was said in this site. the AMC Matador won 3 races in 1975. and finished in the top 5 10 times in 17 races. despite it being the only Matador on the track. Hope this helps you. c with woven

SSo there you go

The “UH-OH” better get MAACO paint job is a twenty footer ----actually the car looks pretty darn good though.

Below are some bullet points to consider – if you are bidding or have questions please email me for answers----communication is important so if you want the car contact me and lets talk.

Car is in 43138 OHIO and I could rent a trailer and deliver it to you for fuel. trailer and reasonable delivery fee.   Car is sold AS IS/ WHERE IS (43138 OHIO) with no refund or warranty SO PLEASE ASK ALL QUESTIONS –

On one side of lower QP. will need a fabricated section about the size of a piece of White bread—

Where the body rusted from wheel spray--- There is slight bubbling at the chrome strip on hood.

One step treatment and smoothing/paint)

Actually it is kinda cool having a pedal that you must pull up on to get the car to roll.

I have never had a Master Cyl do this…. I have seen brake lines swell and affect a wheel but not

Back seat looks great----actually front seat is fine for a driver….

FOR THE AGE THIS CAR IS IN GREAT SHAPE

Not perfect but a great head turner as is. Drive it or restore it ---

NOT A TERRIBLY or even BADLY RUSTED CAR—

Lets talk / lets rock and figure out how to get your car to you!!!

BUYER RESPONSIBLE FOR DELIVERY COSTS pick up in 43138

WEB LOCATIONS –SELLER MAY REMOVE LISTING IF SOLD OR TRADED

TELL ME IF YOU ARE SERIOUSLY INTERESTED SO THAT

I DO NOT ACCEPT TRADE OFFERS I HAVE COMING IN.

Remember selling AS-IS so please ask all questions and any pics you need.

The trim rings are missing .

a NICE SET OF HEDMAN HEADERS.

The car has not been restored so things like weatherstrip and so on should be replaced.

Car needs a go over to drive but oil has been recently changed.

tailpipes are good and solid. replaced --but look squirrelly to me.

the brakes work good stopping the car now. and the headers are nice.

THIS CAR IS SPECIAL - YOU WILL LOVE IT 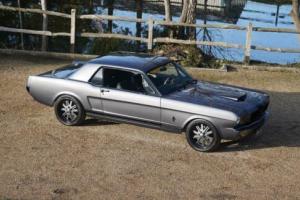 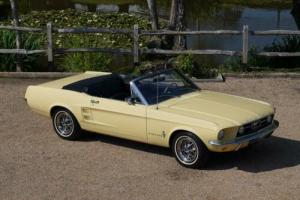 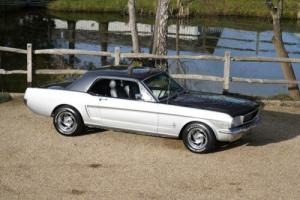 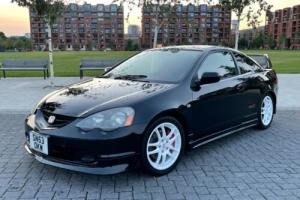 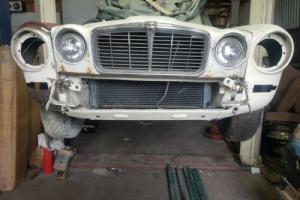 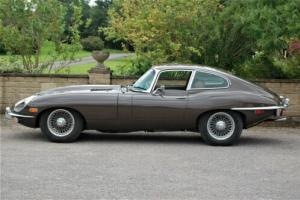 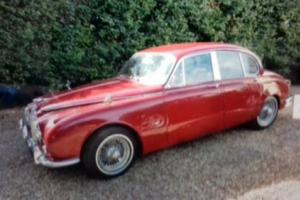 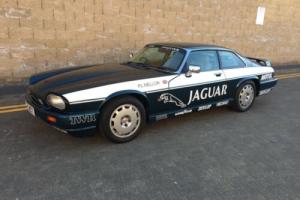 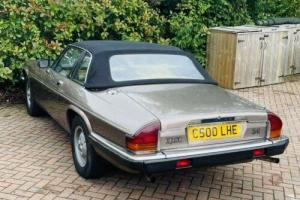 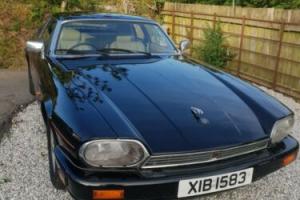 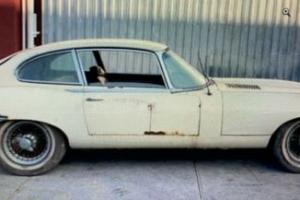 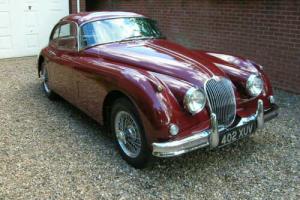 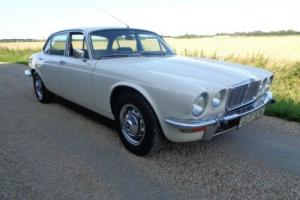 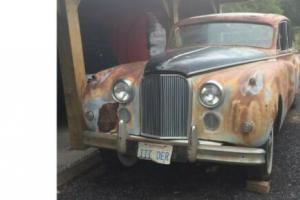