This is the history of the brand Mitsubishi since the establishment of the company and up to the most modern of vehicles produced under this brand.

We have collected the best classic cars in our catalogue. In addition, if you're going to buy one - just check the latest Mitsubishi listings.

В«We strive to provide the maximum, full of pleasure from driving, as well as security...В» - about such was the motto of the company Mitsubishi Motors. She sought to better the image and style of the car. And here is her story.

The company В«MitsubishiВ» when it was a major Corporation, which is engaged in oil refining, sudostroitelstvom, trade in real estate and many others.

The founder of this company, which later was engaged in manufacture of cars, it is considered Yataro Iwasaki. It was he and awarded the logo in the form of three rhombuses. The number three represents honesty, responsibility before the people and openness to the public, but the word Mitsubishi meant В«three diamondsВ».

In 1917, was released the world's first car В«Mitsubishi motorsВ». And in the following year the company produced its first truck T1 that is perfectly passed tysyachekilometrovyy test for quality and reliability. Has proved itself the best among the trucks.

In 1924 begins mass production of large trucks with a high degree of capacity. At the same time began to produce vehicles such as garbage trucks, (sprinklers) and other business equipment.

1935 was one of the turning. This year, the company Mitsubishi for the first time produced diesel buses.

In 1959, was the production of a small-sized three truck under the name of Leo.

In 1982, was presented at the automobile market of the first jeep series Pajero. A series of these cars won a lot of prizes. And in the period of 80 years was most popular.

The history of the car, which means В«three diamondsВ», truly lives up to its name. After all, Mitsubishi is and expensive, and beautiful, and the most comfortable car.

Mitsubishi cars, presented in our catalogue: 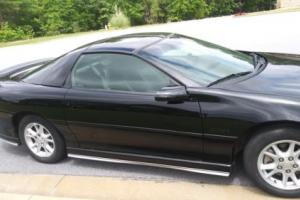