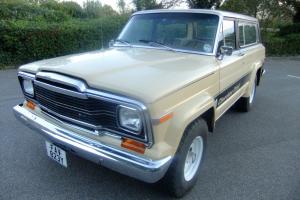 & has covered a very low mileage of 36K miles (mileometer shows 59. 00Km). Theses Jeeps have a huge following in the states and are quite a rare sight on UK roads these days.

The car is left hand drive & was made for the Canadian market (hence the Km milometer). then imported into the UK by it's original owner in 1983.

These cars were produced when AMC owned Jeep & are quite different from models made when Chrysler took over. It has permanent four wheel drive system (Quadra Trac). a 5. 9 litre V8 engine (360 ci). separate chassis & are physically much bigger than later models.

This is the wide track version of the two door Cherokee with larger fender flares covering the wider Dana axles.

All tyres are General Grabbers with plenty of tread. there is an electric tailgate window & air conditioning is fitted (holds pressure. compressor good but needs tinkering).

The body work although good does have some very small patches that could do with some attention. namely the tailgate & drivers door. (both only small but need mentioning).

Viewing is positively encouraged while the auction is running. Contact to be made by the winning bidder within 24 hours of auction close. No bidders with less than 10+ history. UK auction only. delivery not offered.

from Bernd Radel, dated 02 january 2021
Hello is the cherokee still for sale ? could you please send me your phone number ? thanks

from Mandy Pritty, dated 22 february 2020
Is this vehicle sold or still available? Thanks!

from Mike, dated 30 november 2017
Hi. Is the jeep still for sale, I had the same model in the 90's and am very keen to own another, to own and keep this time!
I look forward to hearing from you.
Regards
Mike

from Bob Tieman, dated 03 october 2017
Nice Jeep Cherokee Chief. Whatsapp is your Price for this car?

from Christian, dated 14 may 2016
hello,
found your ad just right now.
is this cherokee still for sale?
for kind reply thank you very much
chris

from Mark Davies, dated 15 november 2015
Hi, is this Jeep still for sale?
Thanks
Mark

from Alex, dated 23 february 2014
hello you have again the cherokee?? i am very interessed 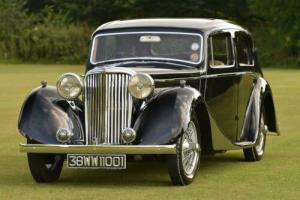 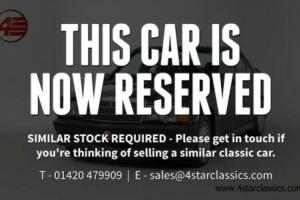 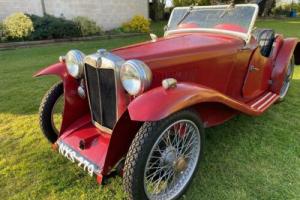 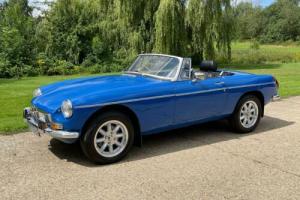 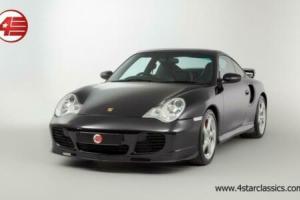