This is the history of the brand Berkeley since the establishment of the company and up to the most modern of vehicles produced under this brand.

We have collected the best classic cars in our catalogue. In addition, if you're going to buy one - just check the latest Berkeley listings in the United Kingdom.

During World War II workshop Charles Panther repaired aircraft, and after the war shifted to the production of vans. Panthers soon became one of the leading manufacturers of vans ing in England and decided to invest the money earned in making small cars. As partners, he invited Lawrence Bond, who had been involved in the release of cars.

Together they have created a brand of "Berkeley". In 1956 Biglzveyde was built three prototypes, which in the same year participated in a car BEATER exhibition in London. Fiberglass body consisted of three hour parts: the bottom of the front and rear sections. Teli motor vehicles supplied to the motorcycle manufacturer, "Anzani". Front-to forests carried a chain drive. In automo Biley Berkeley had a weak spot - until 1959 they completed with two-and three-cylinder engine units.

Success came in 1959 with the release of three-wheeled vehicles rear wheel as the model Morgan. When in 1960 of Charles du Panthers began to set in their ma tires engine in the Ford Anglia, but it was too late. Before you close the company managed to produce only two automo Beal with this engine. 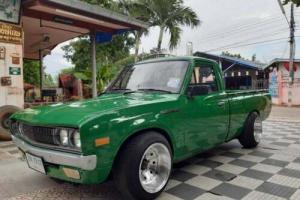