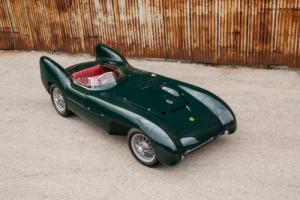 The year was 1955. the mortar between the bricks of the Lotus factory had just dried and Mr. Colin Chapman had come up with a new racecar. Known as the Lotus MK9. it was a light and potent sports racer that was the first Lotus to break away from the heavier American engines previously used for this car was designed specifically to fit a 1100cc Coventry Climax power plant. This was also the first Lotus to ever be sold as a complete car to the public. with roughly 30 examples built and approximately half of those units making their way to the U. S. The MK9 was fitted with an aerodynamic aluminum shell that overlaid a MK6 inspired frame for its ruggedness and durability. The 4-speed gearboxes were typically borrowed from the MG-TC and those in “Le Mans” specification were coupled to a DeDion rear. a marvel of engineering at the time. The first two MK9s were completed by March of 1955 in preparation to compete at the Sebring 12 hour race where they saw some success. allowing the car to gain credibility in America as a competitive racer. but that spot light was short lived. Not long after the MK9 debuted. they were rapidly left behind by the introduction of the Lotus 11. making them essentially obsolete in comparison. However. the MK9 had made its mark in the history of Lotus and is symbolic of the very early days of the aspiring automotive company.

The example on offer here is a 1955 Lotus MK9 “Le Mans”. chassis number MK9110. Coventry Climax engine number FWA6397. boasting a well-kept older restoration. Given the MK9 came about as Lotus was just getting their start. proper records of these cars are hard to come by as there is limited information available on the history of each example. However. some documentation of this car was able to be located. offering insight to the story of chassis number 110. In this documentation is a series of racing results from 1955 through 1957 of this car's performance being campaigned in Southern California by the husband and wife privateer team; George and Ingra Buchanan of “Scuderia Excelsior. ” There are some photos that show the car carrying the name “Mickey Mouse II” as noted in Lotus historian. Michael Marsden's write-up on the MK9. Its competition history includes races at Torrey Pines. SCCA National Glendale. 6-hour Torrey Pines. 1-hour Torrey Pines. Palm Springs. Santa Rosa. Santa Maria. Paramount Ranch. and Stockton. This Lotus never managed to make it to the podium but had several notable performances. finishing 4th at Paramount Ranch and 6th in the Preliminaries at Santa Maria in 1956 and it has been noted that famous west-coast Lotus importer. Jay Chamberlain drove the car on occasion for Scuderia Excelsior. We have also been able to uncover a real gem of this Lotus's racing history. encompassing a tense moment for the car's second owner. Mr. John McLaughlin in this MK9 at Paramount Ranch. A digital copy from the Los Angeles Times dated August 20. 1956 showing a photograph of a Mr. Nick Joy having a nasty spin in an MGA right in front of this very Lotus but thankfully able to avoid any collisions. Beyond this not much history is known. According to the previous owner the car remained unused and stored with a Lotus 11 until the 1980's when the pair were purchased by a collector in Seattle who restored the MK9. briefly enjoyed it at the Monterey Historics Lotus Reunion in 2003. After which it remained in a collection largely un used.

The exterior of this example is absolutely stunning to look at. as the design is so elegant and just plain gorgeous with the pontoon fenders resembling that of a 250 Testa Rossa. the bumps. fins and full fairing cockpit gives you a little something from all the great sports racers of the period. The British racing green paint has been nicely kept. having developed some minor flaws but in the context of a 50's racing car is completely acceptable. Under close inspection. one will find paint chips surrounding one of the headlamp openings in the hood as well as specking around the small stationary lights. There is also a small scrape towards the bottom of one of the fenders. from what may have been a clearance issue. The aluminum body is straight with good shut gaps. Each panel is free of any significant dents with the only exception being a dime sized area on the passenger side rear fender where the metal has pushed slightly outward causing the paint to crack. It is suspected that a stone was kicked up by the tire and made contact with the inside of the fender. The plexiglass windscreen has fared well. incurring no cracks or hazing with only a couple light scratches to make note of. The painted wire wheels are in good shape. with only a few minute specs of surface rust at the edge having developed in some areas where paint has chipped away.

Peer into the red interior and it becomes increasingly more apparent that this was designed to be a simple and light sports racer. equipped with only the bare essentials. The door jams are nicely finished. free of any corrosion. scrapes. or scuffs. The red vinyl seats are trimmed with white pipping but would be better described as cushions rather than seats. Never the less. they are in great shape. and are undamaged with no noteworthy blemishes. The interior is very minimalistic with the only accompaniments being those needed for racing. The floors. doorsills. and center column are all bare aluminum as saving weight was a priority with this car. The dash houses the correct Smiths rev counter. accompanied by Lucas water temp gauge. oil pressure gauge. amp gauge. toggle switches. and relay box which all operate as expected. The correct steering wheel is present and without fault. Aside from those items. there is really not much else to be said regarding the interior. as it is so spartan.

Lift off the front bonnet and there lies the 1100cc Coventry Climax power plant. The engine bay is very tidy. displaying no indicators of leaks or poor craftsmanship. as all components were tended to during the restoration. An inline fuel pump has been installed for improved fuel flow and reliability but that is about all this example has received in terms of modifications. If one removes the front shell entirely. we can inspect the full front suspension and massive magnesium brakes. The suspension is tight and updated for track use if desired. The inside of the shell shows evidence of prior metal work which is most likely the remanence of any body work past racing damage shedding light on the cars genuine racing past. Given that these racecars are made of thin aluminum. they were also prone to dings and dents alike the MK9's aluminum bodied relatives. Moving to the rear section of the car. one is immediately greeted by that iconic De Dion rear end as well as another pair of large magnesium drum brakes in the rear. The undercarriage of this example is structurally sound and without issue. possessing features of correctness and a lack of blemishes. The aluminum underbelly is riveted to the frame for stiffness. as it was from the factory. There is some unevenness in the paint along the rockers as well as some mild scratches from road use. There is similar blemishing on the underside of the rear shell. directly behind one of the rear tires. The remainder of the underside is well in order and consistent with the condition of the rest of the example.

Upon this MK9's induction into the LBI Stable. it received a complete fuel system refresh. The SU carburetors were rebuilt. fluids changed. lines bleed. and hoses replaced. Now this example is in running and driving condition and ready for some light road use (yes. this is street legal in most states). However. if one plans on participating in vintage racing. rallies. tours. and hill climbs. the car would need to be gone over by a specialist to ensure everything is up to par and worthy of hard use. Currently. the engine starts without any hassle and idles nicely without any sputtering. During use. the engine temperatures and pressures hold steady. pulling strong having no issues to report. The 4-speed. non-synchromesh MG gearbox shifts without issue and does not make any unwanted noises. The brakes smoothly bring you to a stop but some left pulling is noted. The steering operates as it should. making the user realize just how firm this chassis plants itself in corners. The only item not working in the cockpit appears to be the rev counter.

The MK9 came about during a critical time for young Lotus as they tried to produce cars that would win races and the hearts of enthusiasts across the globe. At first glance. the MK9 appears to just be a small blip in the history of Lotus but actually holds great significance in its lineage. It was the first production car for Lotus offered to the public as a complete car and the first to compete in the legendary 24 hours of LeMans. With only about 30 units ever built and even fewer that survived over the years. it makes the MK9 one of the rarest and most significant Lotuses on the market. This example's racing history and pedigree. in combination with its superb current condition. make it an excellent candidate to add to a collection or as a vessel to relive the amazing racing of Lotus in the 1950's. It is also a sure entrant into many exclusive vintage racing events around the globe. Offered on a clean title this Lotus represents fantastic value in so many ways.

Could you call me about the car. I am interested to purchase it.
Thank you 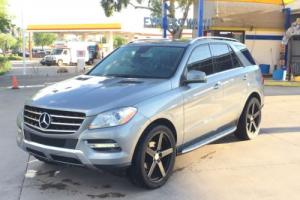 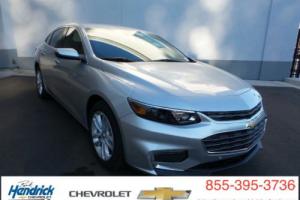 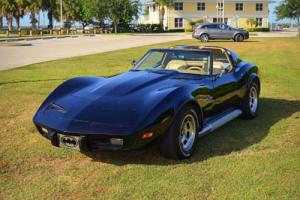 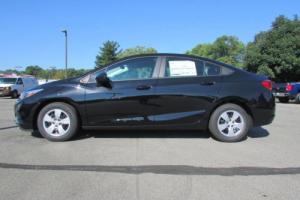 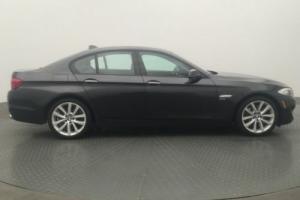 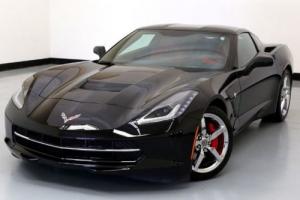 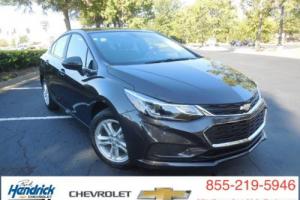 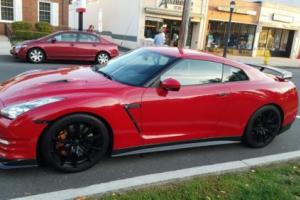 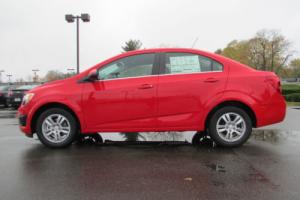 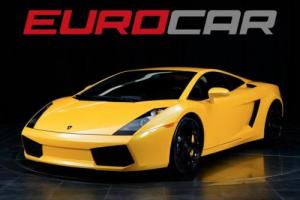 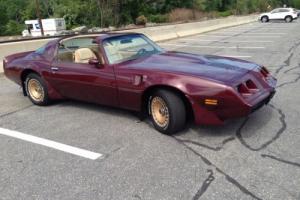 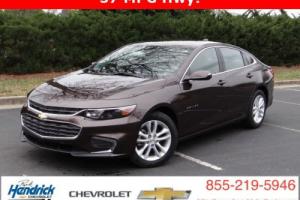 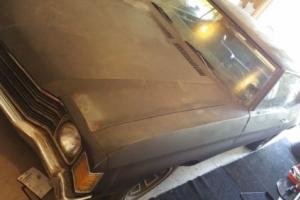 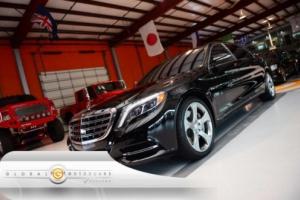