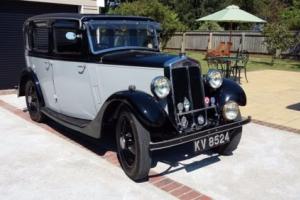 RE-LISTED DUE TO TIME WASTER

Due to having too many toys. and future projects. I have reluctantly decided that my 1934 Lanchester LA10 – KV 8524 - will have to go.

Although I have not used it much since I bought it in 2009. I have carried out considerable repair and sympathetic restoration. taking care not to ‘over-restore' it and destroy the patina.

KV 8524 was first registered on 26 March 1934 and lived in Scotland until I bought it. Although initially registered in Coventry by the manufacturer. it was supplied by Macdale's Garage in Broughty Ferry. near Dundee. The dealer's plaque is still on the dashboard. The original owner was a Miss Lindsay. who lived locally. It then passed to her nephew. James Lindsay. The car stayed in the ownership of the same family until 1972. passing to James's widow when he died in 1947. then to their daughter and later her son. It was sold in 1972 to its last owner before me. who used it until 1979. It was then stored until I bought it.

The original logbook was replaced in 1943. when a new ‘continuation' one with space for recording the issue of petrol coupons was issued. I believe that this was usual during the war.

The car was originally painted grey all over. but re-sprayed grey over black in 1948; the colour change is recorded in the logbook. The car is still grey over black. but I think that it has been re-sprayed since 1947.

It is in mostly original condition and has never been fully restored. certainly never welded. After buying it in 2009. I spent several years. intermittently. improving it. I was conscious of the originality of the car and wanted to retain as much of it as possible. Deliberately. I avoided a full restoration. just sympathetic improvements and mechanical repairs where necessary. I can supply a full list of work carried out on request.

The Rexine roof covering. which had deteriorated beyond repair was replaced. The sliding sunroof was re-0covered in matching material. The two front seat cushions were too badly worn to repair. so were re-covered with new leather. matched to the original. The carpet was mostly missing. so I fitted a new one. matched to the original remnants. The remaining interior trim was cleaned and repaired as necessary. the leather upholstery with Gliptone.

The wiring was in a very poor condition. obviously not original; part of it was in a length of old garden hose tied to the chassis! I made a new loom using reproduction period cables and had it sheathed in cotton braiding – as original. Discreet flashing indicators are fitted. for safety in modern traffic conditions.

A new cylinder head gasket was fitted earlier this year. The braking system has been completely overhauled with wheel cylinders honed and fitted with new seals. all linings renewed and a new master cylinder fitted.

The car is now close to its original specification. with a few period accessories fitted. It is generally well sorted and runs well. starting on the button. The timber frame is original and sound. The doors all close securely with the minimum of effort and a satisfying click. There are no serious oil leaks. All tyres. including the spare. are good and both front wheels have been grit blasted and resprayed recently. Two new old stock tyres will be included with the car.

The car passed an MOT in May 2016. even though one is not required due to the age of the car. The only advisory was for some wear in the front spring shackle pins. but the tester told me not to worry about it. as further wear would be very slow as long as the pins were greased regularly.

I have a range of spare parts for the car. some new old stock. some reproduction and some good used. Although not included in the price. these will be available to purchase with the car if required by the buyer at a price to be agreed.

The car will be sold with the continuation buff logbook. original tax disc. Owner's Instruction Manual. Maintenance Manual. Spare Parts List. Daimler Fluid Flywheel Transmission booklet. Wilson Gearbox booklet and original sales literature. There are some old photos of the car and a history file. which will also be included in the sale/

Note: The badges and badge bar shown on the car are not included in the sale. 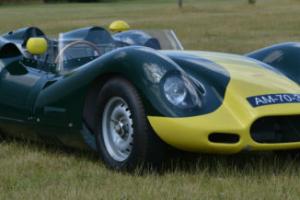 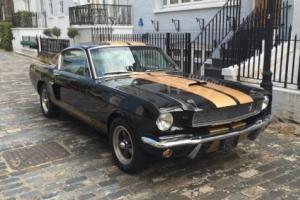 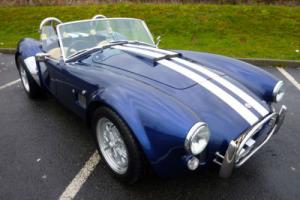 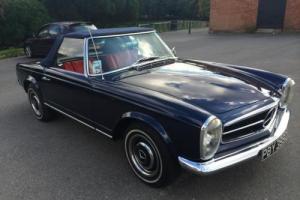 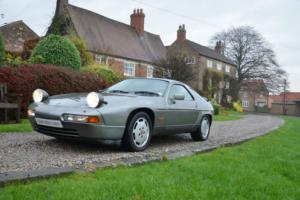