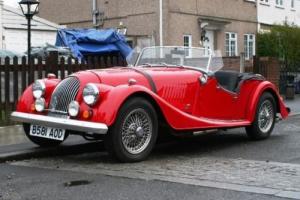 For sale by auction on Saturday 06 June 2015 with Historics at Brooklands. Brooklands Motor Racing Circuit. Weybridge. Surrey. Call 01753 639170
The Morgan Plus 4 was Morgan Motor Company's first car with four
wheels and was introduced in 1936 following the end of production
of the famed three-wheeled motorcycle engine models. Its model
designation '4/4' stood for four wheels and four cylinders.

Declared new on the 13th June. this vehicle was supplied by
Morgan specialist. Harry Arnold. and has had just two former owners
to this day. The car had remained unused in a garage for many years
following a poor repair to the water pump drive and on-going family
commitments before undergoing restoration to be enjoyed once again
in 2012. All works are supported by invoices and included removal
of all panels in order to refinish the car to its original colour. br/>as well as a full service of the engine including cambelts and
water pump drive. overhaul of the radiator and heater matrix. new
shock absorbers. chassis and brakes overhaul. new wire wheels and
finishing with an interior overhaul to retain all the original trim
and fittings. A new battery was supplied and MoT test carried out
and passed before the car was returned to the owner. Sadly. shortly
after. the owner became unwell and subsequently passed away.

The Morgan was last purchased in the spring of 2014; however. br/>due to health problems. the new owner now requires something less
sporty. The car has been enjoyed immensely at weekends over the
past year and courtesy of the current owner. also received a full
re-trim of the leather seats.

A well prepared example of Morgan's iconic 4/4; the car presents
well and has been used sympathetically over the years. The ash
frame is good and tight. with no movement and all systems function
as intended. Ready for immediate use and accompanied by a valid MoT
test certificate until May 2016; this handsome example comes
complete with paperwork. all-weather equipment and the promise of
enormous fun. 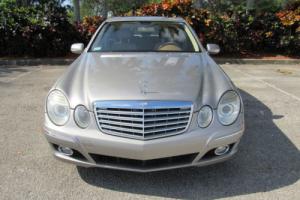 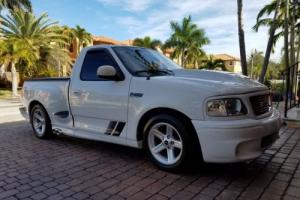 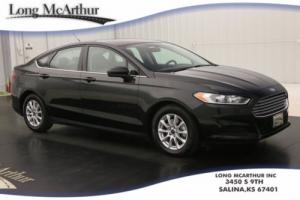 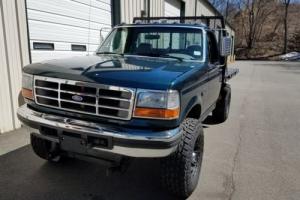