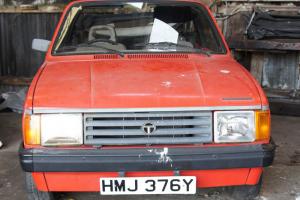 Talbot Samba Cabriolet Project - 2 Cars
Just over 12 months ago. I had the brainwave of starting a Lad and his Dad project . and. looking back at my youth thought it would be great to buy. strip down. and then build back up a Talbot Samba Cabrio with my then 11 year old son. As we started off. it became apparent. that as I had not done this before. I would need to have some kind of donor car to compare to when I needed spares and also to use as a template to put back together again. so. to cut a long story short. I ended up buying 3 matching red Talbot Samba Cabrios to use. All three were bought on ebay. from sellers around the country. and transported back up to Lancs. where they are now being stored. in a barn
You will see from the last picture. the initial car was running and we drove it home from Bradford. it had been resprayed red. and was in ok condition. we then started to strip it down. remove all parts with the intention of going right back to shell and back together again. unfortunately. things didnt quite work out that way. and the partially stripped down car has remained in my garage with no such interest by my son. as football. computer games . move to 'big' school and such has taken over his life. so. I am looking for them to go to a good home to be made back up in to 1. 2 or 3 cars.
Details of 2 cars as follows:
A 538 MDU - First car that is now nearly stripped right down. Was running with MOT. Engine partially stripped and as can be seen in pic 11. all removed parts are currently in the car. All panels and shell are in very good condition. with no rust at all. Hood was working but no back windowHMJ 376Y - As can be seen from pics. been barned since I got it. Engine and inside are as shown. Classed as non runner as was picked up on truck and never turned over - previous owner advised did run.
Its been a frustrating exercise for me. as really had hopes of restoring 1 or both of these back to former glory as good little runarounds. the 1360cc engines gave them a bit of pull and great fun to drive. sadly it wasn't to be!. so its hopefully time for them to go to a good home. The cars cost me combined nearly £1900 inc transport. but just want to get some money back and them on their way.
Please feel free to ask questions if required. as I appreciate I have been brief in the descriptions. but. these could be a great project. as you dont see one of them that often. nevermind 3. so perfect for someone. or. easily stripped to sell for parts ( as one is already done).
I am more than willing to take offers to move them on. so please feel free.
Ill even throw in the Haynes Manual!
As can be seen from previous listing - there was initially three cars for sael - I sold one seperately. so the two shown above are now needing to go.

from Robert Taylor, dated 26 october 2014
Hi,
I have a 1360 Samba cabriolet, I have owned it for the past 20 years and it has been tucked away in my garage, recently I retired and I would like now to put it back on the road. I am looking for a carburettor for it. So, my question is would you sell the card from the second car you have and if so how much do you want for it?
I look forward to your reply at your earliest convenience.
Kind regards 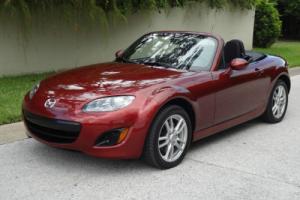