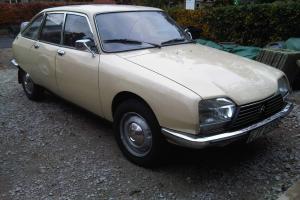 Here is my 1978 Citroen GS Club. the 1220cc. air cooled. flat four. overhead-cam engine. and using Citroen's hydro-pneumatic suspension and braking systems. it is more than capable of holding its own in modern urban and motorway traffic.   I recently did a 480 mile round trip in a day with no qualms. cruising on the motorway very smoothly at 70-75 mph. with a consumption of 36mpg.

The car has an MOT until August 2014. only advisory was for tyres. since when a complete new set has been fitted. Has been on SORN since end of September.

She has done only 42500 miles (plenty of MOT certificates to prove) and is totally reliable. Only 19. 00 miles was covered in the first twenty years.

I have the original Bill of Sale from the Citroen main agent in Christchurch. Dorset. and also a sheaf of service invoices. MOTs etc. The first owner had the car from 1978 until 1999 and there have been three owners since.

This car has miraculously escaped the rust-bug which killed off most of its peers. I think it has probably been kept under cover from new and still is.

When I first acquired the car I went all over with a fine toothcomb and treated the very small amounts of rust I found. none of which were structural.

I will be quite happy to point these out to anyone who inspects the car.

I have owned the car for a year and a half during which I have put right a few of the faults which were apparent when I bought it. Thanks to a few specialist suppliers and the Citroen Car Club. most spares are still available. and provided a methodical approach is adopted they are not as complicated as folk lore would have us believe.

These include: the usual service items oil and air filters. points. ondenser and distributor cap. alternator belt and cambelts.

Replacement of both front spheres and the accumulator sphere.

(Rear one were renewed before I bought it)

Treatment to the very small areas of rust I found.

The suspension is in good working order. all components function as they should and all the  ride heights are correct.

The cylinders have a compression of 75psi +/- 5psi. on all four.

Why am I selling? – I am a self confessed Citroen freak and have two more projects waiting. I have limited garage space and could not contemplate keeping this car outside. I am also now retired and do not have the funds to keep everything I would like to.

I  would not expect anyone to make an offer without inspecting the car first. and it is available for viewing most times. Underbody inspection on a ramp may be possible. as may delivery. 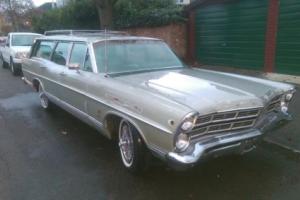 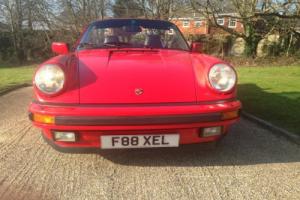 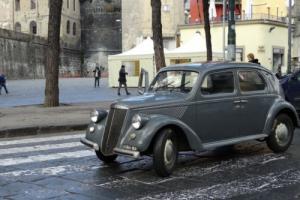 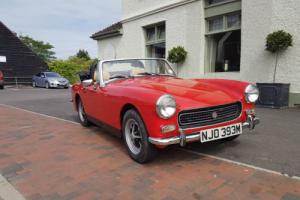 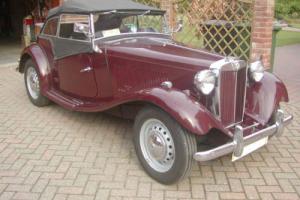