The car is currently being fully valeted and polished so pictures will be constantly added as the advert continues to run.

Have now added a picture of some of the paperwork and history!

This is my loved 1977 British Leyland Mini Clubman "L" reg with manual transmission.

It has had so much done to it that I think I think it is easier to tell you the story of what has been done over the last 2 years.   There's a lot!

I must also add that I am a bit of a car fanatic and I don't do anything by half measures.

After searching for three months for the right car. I bought this Clubman in October 2011.   It was a reliable runner and a solid car with an EXTREMELY FAST tuned 1100 (the original. original) engine.

It had a twin SU setup with a high lift cam and I also noticed was that it had the highly desirable 12G295 performance head (pricey on its own).

The car was owned by a former mechanic so had been looked after and most paperwork had been kept with the car.

In the paperwork there is a dyno report showing 52 bhp at the wheels prior to the engine being tuned and I was told that it hadn't been re-dynoed but power estimated at somewhere between 8- and 100bhp.

It also had a 3. 4 final drive so the acceleration and torque was incredible.

All the usual rust areas had been treated properly with genuine parts and the body looked great.   He told me that everything had been done to make the car solid and rust free for the MOT.

I could tell the under sills had been done properly with genuine parts recently and I bought it with MOT and tax and drove it away.

I drove it home 70 miles and it didn't miss a beat.   Drove great. solid and straight on the road and had a few surprised looks from new car owners as I shot past.

It came with and has almost every MOT from new and with loads of extra documentation to show the history and evolution of the car over the years.

There are newspaper clippings of adverts from previous sales. receipts. service bills. previous sales bills plus a load of other notes and information.

I even have an ORIGINAL Mini Clubman manual to go with it.

The seller gave me the list of stuff that had been done and as he was advertising it.   It had Swiftune labels all over the engine and his spec from his advert was as follows:

•       No rust underneath. has just been prepped and undersealed

I serviced the car almost straight away for reassurance and could see that everything that he had mentioned was present and correct with the car.

I have always preferred the Clubman shape and have a bit of a soft spot for them.

As they are becoming harder and harder to find I decided to just maintain this great car and correct the few little things I didn't like to make it more honest and comfortable to use as an everyday driver.

The engine ran well so I completed a general service.   I had to change the water pump and bypass hose as these needed attention.   I was driving it everyday and a couple of months later. the clutch went on me.

I saw this as an opportunity to upgrade and had a a new AP racing orange clutch. a super light release plate and a high performance race clutch lever arm and plunger fitted.   At the same time I noticed the clutch hose was a little perished so I replaced this for a Goodridge braided hose and had a brand new Borg and Beck slave cylinder put in.

The car was running fantastically and I continued tweaking for the best reliability and comfort.   The following was carried out over the next few months:

•       New sound deadening under the carpet

•       Converted the distributor to an electronic luminition system

•       Bonnet switch. door switches and provision for a boot switch to prevent a thief getting to the alarm without it sounding (and its loud!)

I used the car daily for almost a year and enjoyed going to the Mini shows.

One weekend after a show. as I pulled into my road. it started to miss a little.   When I got back. I tested compression and it turned out that the head gasket had just gone.

The head was removed to have the gasket changed.   The head was in perfect condition. as was the block.   It had already been worked on as was running unleaded.

While the head was off. I wanted to look at a leak that was coming from the diff cover.   The bearings on the final drive had gone and they were in short supply at the time.

I was presented with the opportunity of a solid original 1275 bored to a 1340 engine with a high lift cam and a 12g940 head with the later type rockers.

Any new and tuned ancillaries were removed from the old engine for the new engine such as carbs. electric ignition. performance clutch. etc.   The only item not used from the original engine was the ultra light flywheel as the other flywheel was in better condition.   When this was all done. the seals were also all replaced so that the engine had no leaks.   It was also noted that the diff on this engine was a 2. 9 or a 3. 1 so the revs were comfortable at high speeds.

With the new engine in. I noticed the original exhaust was now perishing so I had a 3 to 2 to 1 manifold and a central exit twin DTM stainless steel exhaust system fitted.   It is the 2 box style to that it's not so loud it annoys the neighbours and it really sounds incredible.

With the new engine all sorted. I took it to Peter Baldwin and had it on the rolling road for 3 hours and it pulled a respectable 97bhp at the wheels.   Based on my style of driving. he adjusted the needles to make the car super quick when nipping about but comfortable and economic when cruising.   It is perfect and if you coast along and drop your foot. it picks up and goes!

The final readings after the tune were:

Peter also checked the speedo and it was no more than a couple of mph out and with NO needle wobble. you know just how fast you're going.

The mileage on the replacement engine is unknown but the speedo now reads 58025 and it runs beautifully.

With all the above done. I started to drive the vehicle less as it was becoming more special.   The last year it has been garaged and had the following attended to:

•       Rebuilt the AP master brake servo.   The whole braking system had a clean and overhaul.   It has AP racing 7. 5” disc brakes with servo assist. Goodridge hoses and rear spacer drums

•       Dealt with a little rust - new left front wing and new front panel.   At the same time. I had the scuttle cleaned and rust remedied and painted.   Bonnet was also re-painted

•       Has had various parts cleaned rust remedied and painted fresh

•       New breather hoses and other pipework

•       Sourced good clean and solid under riders as these were missing

I kept the old engine garaged and after the new engine was in. I picked up a couple of parts for the old engine to use for a potential new project.   The new project never happened but the engine is still available and is being listed with the car.

The final drive was replaced with new bearings and re-fitted although it needs the paper gasket.   Apart from this gasket. it only needs a new head gasket and a couple of gaskets for the diff side plates.

This engine is the original engine from the car so I think it is right that it goes with the car and its pretty damn quick!  As I said earlier. the pickup and torque on this original engine was unbelievable.

When I bought it. it was garaged and has been in a garage for the last year (with regular use) so it is keep dry and in lovely condition.

The body is solid in all the usual areas such as scuttle. sills. A panels. wings etc. and that was the main reason I bought it.

The Clubmans are very hard to find now and to have one with a blinding engine and the original available and also be so well maintained In this condition must be a rarity.

I would love to keep it but I have another car and now having changed job. I am running out of time to really enjoy it.

To date. I have invested over £11. 00 so grab a bargain and a great car with 2 high performance engines and with so much history and paperwork.

I never skimp on parts and always replace anything that needs doing with genuine parts from Mini Spares or similar.

I also need to add that I had the top dash rail removed as it was looking little tired.   I didn't replace this and had the holes welded up and painted as I had plans to put in an old style central clock like in the MK1 or Mk2.   I haven't quite got round to doing this but if the deal is right. I might have one that I could chuck into the deal.

The ashtray in it is new as per the early cars and I do have the dash top rail to go with the sale incase the buyer wants to put it back and refurb it.

It has just been taxed until end of March 2014 and MOT until 10 October 2013.   It went straight through the last MOT with not a single concern.   I am so confident it'll go through the MOT again. that if the deal is right. I will happily have it MOT'd again for the buyer to take with a full 12 months.

It starts every time beautifully.

It is a great car and I have loved driving it but now needs a new loving owner.

Viewing is advised and welcomed.

ALL offers are considered and negotiations welcomed.

Cash on collection or bank transfer only!

You are bidding to buy a great car. not just to come kick the tyres a bit.

If you are the winning bidder. I will contact you as soon as the auction finishes and a £500 deposit via bank transfer will be required immediately to confirm the sale.

Listing vehicles is expensive and non-paying bidders will be reported to eBay.

This is a collection only item and I cannot deliver at all.

Nothing will be released until full cleared funds have been received.

I have been as clear and as honest as possible and I advise that serious bidders come and have a look if they wish to bid.

I reserve the right to remove the item from auction if the vehicle becomes unavailable. 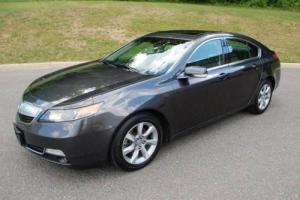