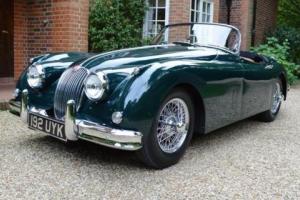 
We are delighted to offer this genuine Jaguar XK150S open two
seater. a well-appointed sports touring car which. in its day. br/>boasted a capability of 137mph with a 0-60mph time of 7. 8 seconds.
These accomplished motor cars were also able to cover long
distances with alacrity; and still do today even given our modern
traffic conditions. According to the Jaguar Heritage Production
Record Trace Certificate. 192 UYK was manufactured on 25th June
1958 and dispatched to Jaguar Cars. New York on 14th July. br/>1958. (Interestingly. a common error in researching the 'S'
model. is to presume that an 'S' prefix to the chassis number would
denote this as being an 'SE' model. however; the Jaguar Heritage
Trust have confirmed that the 'S' was dispatched in batches. either
with 'T' prefix or an 'S' prefix). The build specification states
that this was a lefthand drive. open two seater XK 150S with a
manual/overdrive transmission. coachwork finished in British Racing
Green. a tan interior and a black hood.

Today. this XK150S remains with its original specifications and
colours. Imported from Beverly Hills into the UK on 6th November. br/>2014. the XK had undergone restoration works in the USA to a high
standard and has only covered approximately 1. 00 miles since.
Further works have been carried out since being in the UK and
include a full engine rebuild by the well-respected Jaguar
specialists 'Jaguar Workshop' with supporting bills totalling in
the region of £7. 00. We are informed that the engine is now run-in
having completed 700 miles since and also benefits from a post
run-in service.

On inspection. the coachwork looks resplendent in British Racing
Green whilst displaying excellent panel gaps; these being difficult
to achieve with the type of construction Jaguar employed with the
XK models. The interior boasts excellent tan hide seats with lap
belts and is certainly a welcoming office for driver and passenger
alike. Being an 'S' model. the car retains its disc brakes on all
four wheels as well as a set of chrome wire wheels and recent new
tyres (including the spare wheel). The tools. including the jack. br/>are situated in the boot and the jacking points are accessible from
the interior as per the original specification. We are informed
that the engine is not the original but a similar period unit has
been used as a replacement; not an unusual occurrence with this
type of motor car. In addition a non-standard Mota-Lita steering
wheel is fitted. The hood is in excellent order and may be erected
and stowed without undue difficulty.

On a recent test. the Jaguar drove well with the instruments
displaying pressures and temperatures as they should. The engine
pulled well with the gears engaging easily as well as the welcome
overdrive for comfortable high speed cruising; overall a very
pleasant and capable experience according to our tester. We have
been told that this UK registered (import duties paid) XK150S will
arrive at the sale with a fresh MoT test certificate.

To find an XK150 in this condition. with such finish. panel gaps
and performance is difficult at the best of times. To find a
genuine 'S' model such as this. even rarer. 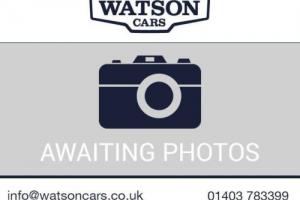 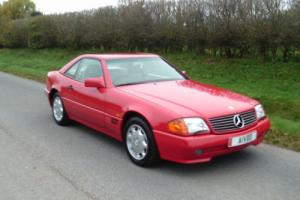 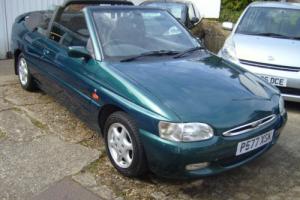 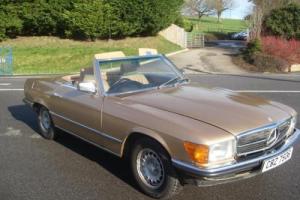 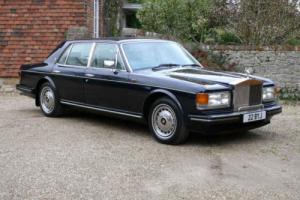