Aston Martin Lagonda is a luxury four-door sedan, produced from 1976 to 1990. All were released 645 such cars. The name comes from the brand Lagonda, bought concern Aston Martin in 1947.

The first generation of Martin Lagonda were produced in only two years (1976-1978). Under the hood was a V-shaped eight-cylinder engine with a volume of 5.3 liters, as well as a 5-speed manual or 4-speed automatic gearbox. The speed limit Martin Lagonda I - 230 km/h.

In 1978 was carried out radical restyling of the car, the consequences of which were observed until the end of the issue. Was also carried out optimization of construction of the motor, as a result of which the maximum speed reached 240 km/h, and the acceleration up to a hundred had 8.8 seconds.

In 1986-1987 year was a series of radical changes, which were aimed at the restoration of the shaky sales. First of all, the renewed design of radically acute prior to that, he was considerably softened, replaced by a retractable headlamps come traditional, became available to the 16-inch wheels. Also update was subjected to a technical part of the in accordance with the latest developments of concern.

We are grateful to all, who will leave his opinion, the withdrawal or addition to our description of the Aston Martin Lagonda. 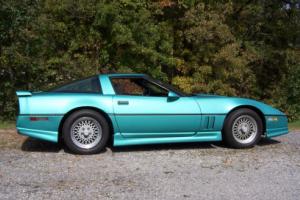