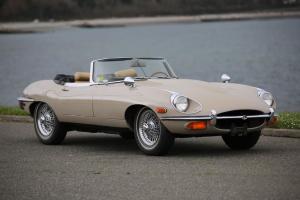 1970 Jaguar E-Type OTS Roadster 4. 2L Series II (Titled in 1971) Highly Original. 20. 99 Original Documented Miles XKE 1970 Jaguar E-Type OTS Roadster 4. 2L Series II (Titled in 1971) Highly Original. 20. 99 Original Documented Miles XKE 1970 Jaguar E-Type (XKE) OTS Roadster Series II  (Titled first in 1971)
Chassis: 1R11361Engine: 7R8775-9Body: 4R5811Gearbox: KE10047Completion Date: 6th November 1969Dispatch Date: 21st November 1969
246 bhp. 4. 35 cc DOHC inline six-cylinder engine. dual carburetors. four-speed manual gearbox. independent front suspension with wishbones. torsion bars and anti-roll bar. independent rear suspension with lower wishbones. trailing lower radius arms. coil springs and anti-roll bar. and four-wheel hydraulic disc brakes. Wheelbase: 96"
•A numbers matching. well-maintained and largely original example•Desirable and refined Series II model; distinctive original colours. “Ascot Fawn” over Beige•20. 99 Original. documented miles - long-term ownership for past 42 years
Over time. experience and a changing worldwide market dictated many changes in the sublimely beautiful Jaguar E-Type. During the first seven years of the E-Type's life. these changes were evolutionary and culminated in the 1968 release of the Series II models. representing a substantial redesign that foreshadowed many of the attributes of the final Series III V-12 E-Types that entered production in 1971.
Federal regulations in the United States. Jaguar's most important market. drove some of the Series II's changes. including revised lighting and the shift to a pair of Stromberg carburetors in place of the three SU units of earlier E-Types. Externally. the air intake substantially increased in size. a change masked by larger. full-width bumpers that were matched at the rear to meet US low-speed impact requirements. The well-proven 4. 2-liter XK six-cylinder engine was little changed. although a higher-capacity water pump was fitted. taking advantage of the enlarged radiator air intake and better adapting the E-Type to warmer climates. The chassis got bigger Girling brakes with three-piston calipers at the front and two-piston calipers at the rear. while the interior now included reclining seats as standard equipment.
In short. the steady evolution of the E-Type meant that buyers of the Series II got a much better. more comfortable and reliable Jaguar—attributes that complemented its already well-established reputation for superior performance. handling. and appearance. This highly desirable Series II roadster was completed on November 6th 1969 and dispatched to Canada on November 21st 1969. Chassis 1R11361 was delivered to McMillan & Saunders Ltd of 3295 Derry Rd. E. in Malton. Ontario. It was sold new on May 11th of 1971 to Miss Mabel E. Coutts. a resident at the Sensenbrenner Hospital over 500 miles north in Kapuskasing. Ontario.  Mr. Saunders signed the British Leyland “Passport to Service” as the selling dealer. All of this information was obtained from the Jaguar Daimler Heritage Trust Certificate and the Passport to Service Booklet.
This booklet documents the first service on August 16th 1971 with 3. 84 miles on the odometer. at McMillan & Saunders. The next service entry is under the ownership of Mr. Stephen G. Leggett on May 10th 1972 at Thomas Plimley Ltd. in Victoria BC at 7. 94 miles. Three-thousand of those miles are probably from the drive to Victoria from northern Ontario. The final entry in the Passport is also at Thomas Plimley Ltd. on September 6th 1974 at 14. 78 miles. under the third and final owner.
Leggett sold his E-Type on August 16th 1973 to Ronald Draper. also of Victoria BC. Mr. Draper owned this Jaguar from 1973 to 2015. In those forty-two years of ownership he drove the Jaguar very little. due to having children later in life. In his own words. “it was useless” with two kids around. In more recent years he has enjoyed showing the E-Type at various classic car events on Vancouver Island. There are futher service records from the mid-1970s. late-1980s. 1990s and 2000s under Mr. Draper's ownership. The 20. 99 miles showing on the odometer are absolutely original. as are the engine. gearbox. body. chassis and interior.
The XKE offered here is still in its original colour combination of “Ascot Fawn” over Beige Leather. It comes with a Jaguar Daimler Heritage Trust Certificate. past service documents. license plates (BC Collectors). Passport to Service. two Owners/Operators Handbooks for the 4. 2L Series II Jaguar E-Type (Editiions 154/3 and 154/4. both original to the car). a full original toolkit. spare belts. spare wipers. original spare. original jack and wheel hammer. original keys with full set of spare. antenna. and antenna keys. The original radio was swapped in 1972 for an “8-Track” player as they were the hot new technology of the day.
All carpeting. trunk liner. uphiolstery. dash. gauges etc are original and in very good condition with light patina. The body is likewise largely original. with perhaps some paintwork early in the 1970s. It meters very low on most panels (indicating it could be original paint).  This Jaguar XKE is extremely well-maintained. largely original. and has pleasant road manners. Correct. detailed. and ready to go. it is sure to provide a wonderful open-air English motoring experience for its new owner.
** Since these photographs were taken we had the “dent doctor” come and remove all the door dings on both sides. It looks much straighter.

Used vehicles are sold "as is". "where is" with no warranties either expressed or implied. We do not accept refunds.

Winning bidder must contact us within 24 hours of the auction end. and make arrangements for payment at that time.

The remainder is due within 7 days of auction end. If no contact is made within 24 hours. we reserve the right to re-list the vehicle. sell it to the next high bidder. or sell it otherwise.

The car is advertized locally. We reserve the right to end the listing if the vehicle is no longer available for sale.

Seller accepts Paypal for deposit only.

Make sure if financing that your financial institution accepts the year and miles of this vehicle before bidding.

Please arrange financing prior to bidding.

Please do not bid on this auction unless you are serious about owning this vehicle. All non-paying high bidders will be reported to eBay. and negative feedback will be posted.

Buyer is responsible for pickup or shipping of this vehicle. F. O. B. Victoria. BC. Canada

We can assist buyer with export/import and titling in Blaine. Washington at the buyers expense. The process is very simple. Please inquire about costs (shipping from Victoria to Blaine. brokerage fees. duty). 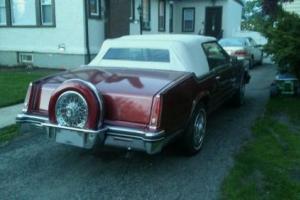 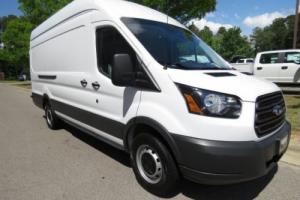