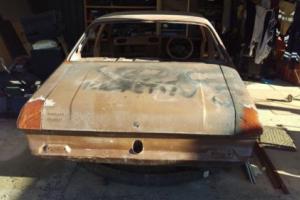 HQ Holden Kingswood Sedan. 1973. 4 door. Was started as a restoration project but no time to continue. Everything is there except the original 202 and 3 speed box which was sold off. Body has a little bit of rust in the rear pillars but easily fixed. Rear passenger floor pan has rust and there is a new pan to weld in provided. Rust converter was sprayed up into all the bodywork. Doors appear to be rust free. Boot floor has some rust. Body is straight and does not appear to have been in an accident. Front panel requires a bit of panel beating. Comes with seats. glass and trims. Relisted due to issues with the successful bidder.