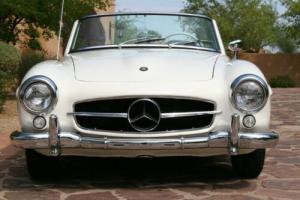 This car is Bone Dry (I kept it in a dehumidified garage for 7 years), I have included picture of the floor pans/plates (when the interior was renewed). No Rust anywhere. 2-3 very minor paint chips.

Duel Webber carburetors make it easy to start (100% of the time). Car is filled with Ethanol Free Fuel to make sure Carbs remain gunk free. It starts up easily even after winter storage. Even spare tire and even the original tool kit is included.

This gorgeous car is only driven from May to September, it is stored in the low humidity garage (see picture) the rest of the year under car cover.

As I am sure you know, the 300 SL prices have gone through the roof and its little brother 190 SL also. In my opinion, these cars only go up over time - like great art (which you can drive daily).

Sporting elegance, safety and comfort – with these qualities the 190 SL conquered a whole new circle of enthusiastic fans of dynamic driving. Mercedes-Benz unveiled the prototype of the 190 SL (W 121) at the International Motor Sports Show in New York in February 1954, alongside the production version of the 300 SL “Gullwing”. Although the two-seater roadster with folding soft top stirred passions, it was to undergo a further thorough revision by the Mercedes-Benz designers – known at the time as stylists.

In March 1955, a full year after the New York premiere, the production version went on display at the Geneva Motor Show. Like its elder brother, the spectacular 300 SL “Gullwing”, the 190 SL rapidly became one of the most coveted dream cars of its day. Although less powerful than the 300 SL, it generated no less excitement and opened up the SL legend to a wider circle of customers. By 1963 sales had totalled 25,881 units.

And even long-distance drives were enjoyable thanks to the comfortable suspension. The handsome sports car for all occasions was particularly popular among female drivers, who appreciated not only the sporting elegance of its design, but also the open-air feeling that came as standard. With its easy-to-operate soft top and optionally available coupé hardtop, the 190 SL was the first SL to combine the possibility of open-top driving with absolute

The Mercedes-Benz 190SL has always lived in the shadow of its larger sibling, the 300SL. It probably always will. Introduced at the 1954 New York Auto Show, the 190SL was a cheaper but similarly gorgeous alternative to the cutting edge and exotic 300SL. Whereas the 300SL represented the state of the art with fuel injection and aluminum tubular spaceframe construction, the 190 had sedan underpinnings.

Though a competent performer, it wasn't exactly fast, and while the racecars that inspired the 300SL won at Le Mans and the Carrera Panamericana, the 190SL was more of an around-town cruiser. Like its performance, the 190's lines and styling cues didn't quite measure up to the 300SL's larger, more exaggerated – and striking – proportions.

That said, the 190SL (known internally as the W121) has many favorable traits. It was constructed when Mercedes-Benz's build quality was among the highest in the world, so 190s are solid and reliable classics. They're also a significant piece of Mercedes genealogy, since, along with the 300SL, it spawned the line of SL personal cars that continues today.

These qualities have helped the 190SL garner appreciation among enthusiasts and collectors that resulted in huge appreciation. But what really ushered in that growth is the inescapable connection to its larger counterpart. As Gullwing and 300SL Roadster prices began climbing, eventually reaching seven figures a few years ago, people began searching for what some saw as the next best thing. It resulted in tremendous returns both at auction and in the private market as well as a doubling in value over the course of 2013 and 2014. Suddenly, the 190SL was a six-figure car, and subsequent SLs', like the W113 “Pagoda” cars, values began rising too. After peaking in 2014, though, the 190SL is experiencing a market correction and it seems that the staggering auction results are a thing of the past, although prices remain relatively strong.

Like many other sports cars of the period, the 190SL was developed in large part thanks to New York-based importer Max Hoffman. He understood the U.S. market's tastes and desires, which were so important to European carmakers in the postwar years. Hoffman had also pressured Mercedes-Benz to produce a road-going version of the 300SL racing car, but suggested that a smaller, more moderately priced sports car would sell well in America, too. The 190SL was based largely on the 180 “Ponton” sedan, but shortened by about 10 inches. Under the hood was the then-new M121 engine, a single overhead cam four-cylinder that was fed by twin Solex carburetors to produce 120 hp. It also had an independent coil-spring suspension and drum brakes at both ends.

The 190SL was fairly expensive in the U.S. at over $4,000 (the price would eventually surpass $5,000), but it was still a bargain compared to the $10,000 300SL. For reference, a '55 Corvette cost less than $3,000. Mercedes wasn't yet the household name that it is today, but the smaller SL offered all the glamour and style of a high-end European sports car. A 1960 ad featuring Paul Newman, a red 190SL and two bikini-clad women read “A great many philosophers have said that the significance is the journey, not the destination – and sports car enthusiasts like going places, not getting places. My red Mercedes seems to sum it up perfectly.”

The 190SL may have oozed style, but it was not a brisk performer for the money. At over 2,500 lbs, it was a heavyweight compared to British or Italian roadsters, but it did make up for it with comfort, fit, finish and the aforementioned superior build quality. Road & Track recorded a 0-60 time of 13 seconds and a quarter-mile time of 19.3 seconds. Nevertheless, the magazine had favorable things to say, asserting that “the outstanding achievement of the 190SL is without a doubt its quality in design and workmanship. But a close second is the general feeling of solidity which it immediately conveys.” British magazine Autocar had a similar reaction, noting that it was “exhilarating to drive, and was obviously created with long distance, comfortable travel in mind rather than competition work.”

The 190SL remained largely unchanged throughout nearly a decade of production other than the introduction of a brake booster in 1956, and a small number of cars were sold with hardtop only and no soft-top. In total, 25,881 cars were built, of which about 10,000 came to the U.S. While expensive to restore, the high build quality and typically careful ownership means that the survival rate for 190SLs has been reasonably high. Today, the 190SL's appeal is much the same as it was 60 years ago. It's a stylish, well-built and fun convertible that looks similar to the 300SL that people dream about but costs a fraction of the price.

When it comes to the market, these cars are a great example of the “substitution effect.” This means that as one model's value increases and it suddenly slips beyond some folks' means, related but less desirable models rise too because they are substituted for the first. About five years ago, 300SL values began rising significantly and by 2014 they were typically worth over one million dollars. 190SLs didn't take long to follow, while subsequent SLs also appreciated. Huge, high-profile auction results for 190s encouraged more cars to come to market. It also encouraged other owners to commission high-dollar concours restorations that would have been prohibitively expensive when the cars were less valuable.

Appreciation really quickened in 2013 with increasingly large results at auction, including $269,500 for a freshly restored hardtop-equipped 190SL at RM's Monterey sale. The numbers climbed higher still in 2014 as RM once again sold a top-notch restored hardtop car for the staggering world record price of $341,000. That sale prompted even more 190s to come to market, but that 2014 sale would ultimately become the pinnacle of 190-mania, and values have been steadily retreating since. The model's highest auction result in 2015 was $302,500. The highest result in 2016 was $216,000, but that was at Amelia Island, which was held in March. There hasn't been a $200,000 sale since. At the recent Scottsdale auctions, the most expensive 190SL sold for $137,500 at Barrett-Jackson.

Average Hagerty Price Guide values for 190SLs are up 140 percent over the last three years, but much of that comes from the massive run up during 2014. Over the last year, average values are up only 5 percent, and values for the best condition #1 and #2 have actually dropped noticeably. It's a similar story when looking at insurance quotes, a particularly useful measure of buyer interest. Over the last five years, quotes for 190SLs are up 195 percent, but over the past year that number is only 7 percent.

As for the auction market, the number of examples offered increased 422 percent over the last five years. Narrow the window down to the last three years and it's 62 percent, and only looking at the last 12 months the number offered has actually decreased 20 percent. Similarly, the number sold over the past five years was up 277 percent, but over the past 12 months is down 24 percent. The average sale price is also down over the last year with an 8 percent drop. The private market experienced similar trends, but the average sale price has been around $40,000 less than on the auction market, suggesting that the best cars go to auction while lower quality, older restorations stick to the classifieds.

When looking for and buying a 190SL, prices vary greatly, with the best examples commanding $70,000 premiums over a driver quality example. “Prices are all over the map,” according to Rudi Koniczek, owner of classic Mercedes restoration specialists Rudi & Company. “It all depends on how original and correct the car is, in addition to the quality of restoration work.” And just because the 190SL is a cheaper alternative to the 300 doesn't mean that restoring one is also a relative bargain. “The 190s were absolutely fraught with rust problems,” warns Koniczek. “Being a monocoque chassis, they had a lot of built-in rust traps and not very many of them fared well. Therefore, they're very difficult and costly to restore, and in many ways the 300SL is quite a bit easier to restore.”

A full restoration on a 190SL with lots of needs can easily slip past six figures, which for many years was more than the cars were worth. It's safe to assume, then, that many older restorations cut corners and many original cars had needs that were left unaddressed and passed on to the next owner. The value growth of the 190SL prompted more high quality restorations, so the best cars are going to be the ones restored after 2013, with the work done by a reputable shop.

Koniczek also notes that parts for these cars are still widely available, and that despite their high restoration costs, they're very usable and reliable classics once sorted. “The only real issue with the motor is that the original Solex carburetors could be very problematic, but otherwise they are very reliable and the transmissions are bulletproof. The electrics are fantastic, the interior is roomy with high quality materials and the doors close with a nice clunk. Once sorted, the running costs are a fraction of the 300SL.”

Despite some imperfections, the 190SL makes a strong case for itself, so strong that their values became hugely inflated and some would say out of control. After a $341,000 peak in 2014, though, the 300SL market softened and more buyers anticipated that the same would happen to the 190SL. Prices for top-notch examples have come down as a result. It might be better to wait and see what values do over 2017, but now seems a good time to buy. The highest quality 190SL restorations are still mostly very recent, but they're commanding less money. And because 190SLs aren't particularly rare, there are always a few dozen on the market to choose from at any given time. 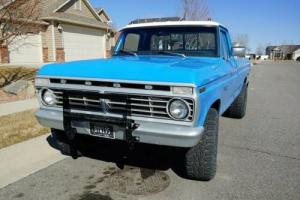 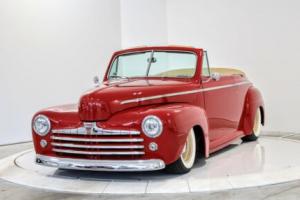 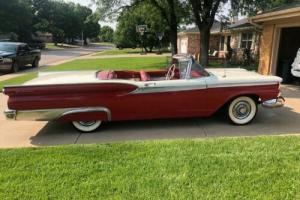 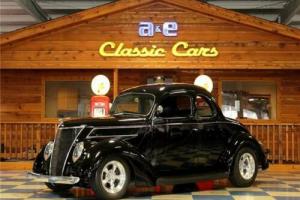 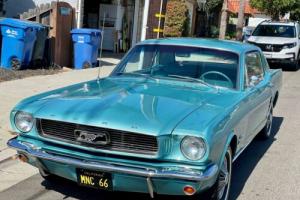 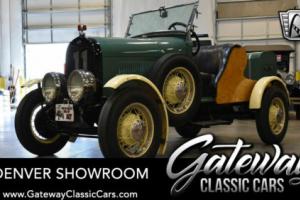 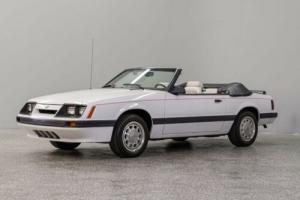 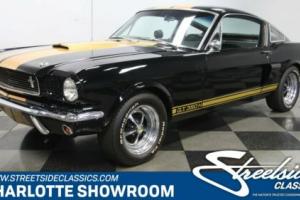 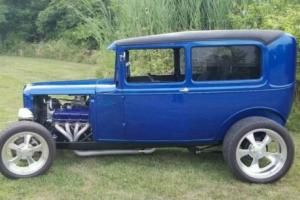 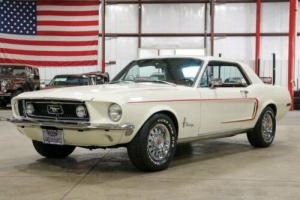 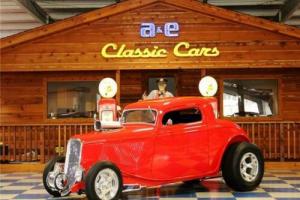 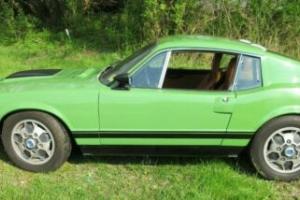 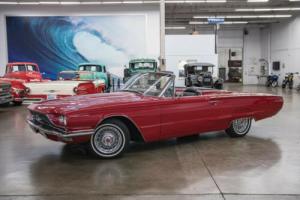 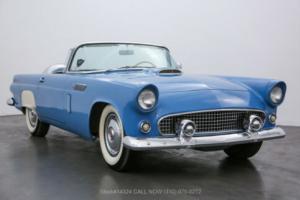