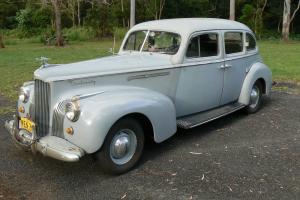 Well. it looks as though I must be asking too much for the car in these times. so down comes the price.

I believe. The Packard started life owned by the Australian Defence Force as a staff car for General Douglas McArthur. Commander of Allied Forces in the Pacific during WWII. although. I have seen a news paper article picture many years ago proving this to me. I cannot put my hands on it as it is somewhere in storage. I am at present trying to unearth more facts to prove this.

After the end of WWII. the car was sold to Squadron Leader Murphy who served in the Australian Airforce at Richmond RAAF base. west of Sydney.  Ken & Barb purchased the car from S. L. Murphy in 1967 & proceeded to give the car a clean up for use with the recently formed Packard Car Club of Australia. Ken was a founding member of the club 2 years previous in 1965 & had a 1939/ 120/ 6 wheel equipped. but did not have it on the road. so the 41 was a fitting car for the rallies.

The '41 enjoyed continuous registration up till around 1988 when. due to some personal issues. the car sat continuously in the garage at Eastern Creek & the rego lapsed. It was not removed until after Ken's passing in 2002. When it came to moving the car. it was known to me that the motor had some "stuck valves" from sitting for so long & I did also remember that the motor was "smokey". & far from healthy. so it was time to give it a mechanical restoration.

I enlisted the services of Mr Louis Teuma. an old family friend & an excellent mechanical tradesman with "old school" patience & workmanship. Over the next 5 years most mechanical parts on the car were checked & either rebuilt or serviced

The motor had a complete rebuild with parts from Ken's collection or purchased from O/seas. the gearbox was checked & serviced as was the diff. All the brakes rebuilt. springs re-set. electrics checked. radiator flushed & all steering components replaced. The only things that seem to be have been forgotten was the Over-drive doesn't engage & the steering box itself has some play in it.

Please be aware that the car. other than the mechanical restorations. is in original 72 year old condition. The body is in very good condition with no rust in the panels. the paint is original & is flaking in spots. back to the metal but the front guards HAVE been resprayed due to the severity of the paint degeneration while stored outdoors. The interior upholstery is in original condition as are the door trims & door seals have long ago perished. new door seal material comes with the car. carpets are bare & original & roof lining is moth eaten. the car was registered fully from 2007 to 2010 but is no longer & should pass without any problems. I fitted new radials in 2007 so that it would ride better on the road & all up since rebuild the car has only gone from Sydney to Byron Bay then to Toowoomba & back to Byron. I would guess it has covered 2000 k's since rebuild / 5 years.

This car is offered as is & where is basically. however I am willing to drive it to the purchasers place if it's preferred. depending on location.

This car has enourmous sentimental value to me & it has taken me a long time to come to selling it. It is. in some respects. a rare car in that. I believe there were only maybe 15 imported altogether into Australia before war production started. 3 or 4 of these Canadian built cars went to the Armed forces . I have 2 of them. The other car is rotten. nbsp;as the body has fallen apart due to rust. it was purchased very rusty 40 odd years ago & must have lived by the sea.

I have had some email enquiries in the past from people that will not "talk". only email. just be informed. I WILL NOT BE ANSWERING EMAIL ENQUIRIES. If you can't ring then your not interested. so neither am I. 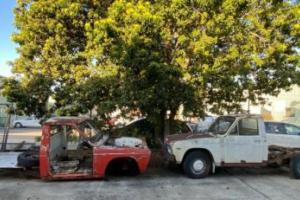 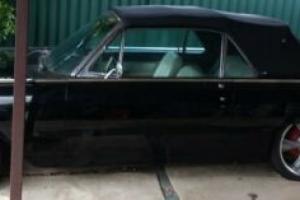 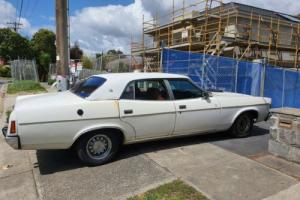 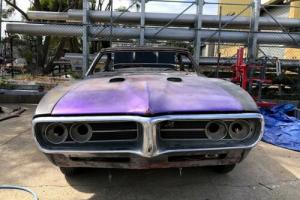 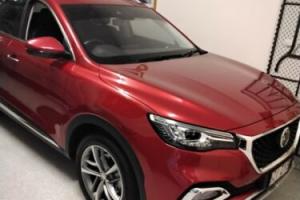