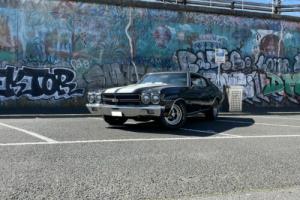 You are looking at one of the most coveted & exotic muscle cars of all time a genuine original Chevy Chevelle (Malibu sport coupe) & not only a Chevelle but a 1970 SS equipment version. Considered by many with the coke bottle curves and quad headlamps the climax - the best looking before the demise of style muscle car & horspower war era came to its demise.

Their huge road presence make a mockery of Torana's and Corvette's! Fabulous lusty lines and voluptuous hips really give the Chevelle a tough but undeniably sexy stance.

This (wrapped) Tuxedo black w white stereo sport stripes was also optioned with the fabulous quirky "cowl induction" hood like "a shot of second wind to a distance runner" flap pops up when you open the taps. Amongst SS spec separate bucket seats (Not bench) and also the hood pin option.

It is unbelievably original and an awesome and fun driver. The exterior is driver with a few flaws & imperfections however its 50 years old. The interior is remarkably near as new condition and is ALL ORIGINAL. It is running a 4 bolt 350ci in front of a TH400 and behind is a 10 bolt rear. These cars are just impossible to buy and find now with import laws and local market forces and subsequently prices are running like a Ho in church.

It seems non sensical that people are now paying hundreds of thousands for aussie cars which arent and were never half the cars and firepower of these big hitting US sleds.

While they look good value now it surely cant last. You could restore or do what you like or enjoy as is - one thing is for sure you will not get another car like this anytime soon. Personally for me while there may be faster or more valuable cars around nothing touches the cool factor and pulling power you will enjoy in this badass old sled. Forget your Monaro's & Camaro's. This exotic old king kong of the bow tie brigade sends all the mustangs to the glue factory! 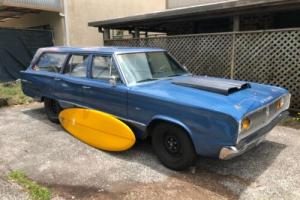 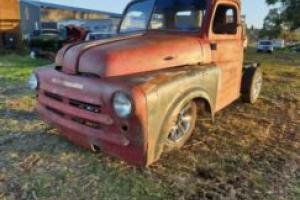 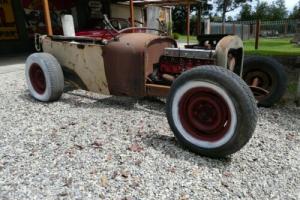 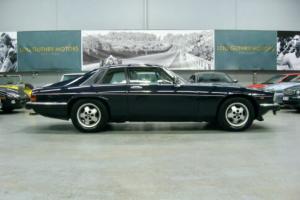