Seller's notes: This is an original, unmolested, unmodified 1987 Toyota Supra that was purchased from an estate settlement. When ordered, all the right boxes were ticked. Original paint shows normal chips and scratches of a 30 year old car. Maintenance has been meticulous. AC is in need of recharge, everything else works as designed. Winter stored and garage kept. Wear in drivers seat bolster and passenger seat, but easily repairable. Leather is like new in rear. Carpets in new condition. Engine runs well but if sitting unused, will have a puff of smoke on startup then disappears. Pulls strongly, turbo spools up with enthusiasm and car shifts through all gears effortlessly. Steering is tight, suspension great and brakes are well maintained. 134,135km which is a little over 83,000 miles. If you are looking for a nice survivor Supra this is the one.
Sale type: Fixed price listing 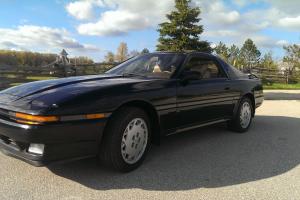 This is the nicest 3rd generation Toyota Supra I have seen. It has been acquired as part of an estate settlement. It was Toyota's flagship model and they checked all the right options when this one was ordered. Finished in black with a tan leather interior. Seats are fully adjustable and are incredibly comfortable. Car has the Targa roof. turbo with strong boost. 5 speed manual. TEMS electronic suspension system. and all other Supra options. The car is rust free and clearly shows it has had a pampered indoor life with a mature owner. Some wear in the seat cushions as noted above. The steering wheel at the 9 o'clock position and the gear shift leather wrap could use redying to make like new. Carpets are like new as are all interior panels. The Supra starts and runs well and is a joy to drive. The level of refinement and quality of engineering of this car is hard to replicate even in today's offerings.
The following was Car and Driver's review of the Generation 3 Supra upon introduction:
Speed and power are requisites for admission to the big leagues. and Toyota's engineers have made sure that the Supra Turbo has plenty of both. The normally aspirated. 24-valve. twin-cam. 3. 0-liter 7M-GE engine produces a healthy 200 hp at 6000 rpm. but much of the spirit is dampened by the Supra's nearly 3500-pound curb weight. Of the two possible ways of awakening that spirit—trimming weight and increasing power—the latter was by far the easier course. Using an in-house turbo and an air-to-air intercooler. the new 7M-GTE engine boosts power by fifteen percent. to 230 hp at 6000 rpm. Torque is up more than 30 percent. to 246 pound-feet at 4000. The blown engine also benefits from an oil cooler and a new distributorless ignition system.
To cope with the added power. the Supra Turbo offers a choice of beefy transmissions: the four-speed electronically controlled automatic has been strengthened to handle the additional torque. and the five-speed manual is an all-new design. exclusive to the Turbo.
In addition. the Supra Turbo features a sport package as standard equipment. The package (which is optional on the normally aspirated car) includes a limited-slip differential. headlamp washers. and the Toyota Electronically Modulated Suspension. The TEMS system electronically adjusts the valving of the gas-filled shock absorbers among soft. medium. and hard settings as needed; the driver influences its decisions by selecting either the "normal" or the "sport" suspension program.
Though we've never felt that the current Supra's shape is as distinctive as. say. the Corvette's. it is beginning to grow on us. From the front in particular. the Supra Turbo is aggressive and intimidating. Our only real complaint is that the car looks every bit as heavy as it is.
Inside. the Supra Turbo is handsome. inviting. and thoughtfully laid out. The dashboard is graced by a gorgeous bank of large. clear analog gauges. similar to the layout introduced last year. The Turbo's most significant change is the substitution of a boost gauge for the voltmeter. The optional power driver's seat moves every which way to make you as comfortable as possible; we particularly like its power side-bolster adjustment. which can clamp you in like an astronaut. The grippy seats in our test car were covered in a pleasing blue fabric; for those who prefer leather. it is available for an extra $950.
The Supra's cabin offers power amenities galore (illuminated window switches are a new touch) but manages to retain a serious. businesslike atmosphere. Still. in contrast to the hard-core German sportsters. it's clear that the Supra Turbo was not designed for performance above all else. The rear seat may be best suited to teddy bears. but the rest of the interior is as comfortable as a typical luxury sedan's.
Few luxoboats can move like this machine. though. Despite its 3581 pounds. the Supra Turbo scorches from 0 to 60 mph in a mere 6. 4 seconds—more than 1. 5 seconds faster than the normally aspirated car. This is big-league stuff. The Corvette may be a tick or two faster. but the Supra can easily hold its own against such worthy competitors as the RX-7 Turbo. Given enough road. the Supra Turbo will climb to a top speed of 145 mph. (An impressive figure. though far less than Toyota's claimed 156 mph. )
This scintillating performance is deceptive. The engine revs smoothly and easily. never seeming to work hard. and the big. heavy body absorbs bumps and keeps road and wind noise to a minimum. You never feel as if you are driving the Supra very fast. One glance at the speedometer. though. and you see that you're moving rapidly indeed.
Cars like this remind you of how far Toyota has strayed from being at the cutting-edge in terms of technology. performance and engineering. This is a true time capsule. Toyota made some great cars in the '80's and early '90's\
Features:
ABS
Power Windows
Power Door Locks
7-Way Directional Power Driver Seat
Cruise Control
"Super Monitor"
Electronic Suspension
Posi Rear End (Limited Slip Differential)
Rear Spoiler
Aluminum Wheels
Sports Package
Intercooler
Turbo Charged
Anti Theft System
Power driver seat
5 Speed Manual Transmission
Power Antenna
Targa Roof
Personal inspections are welcome. Car is located in Owen Sound.   Of course. as a 30 year old car there are no warranties express or implied.   Shipping is the responsibility of the buyer.   $500 deposit is due within 24 hours with balance due within 7 days from auction end.    This is easily importable into the US or elsewhere. but I am not a dealer. so please research this yourself.   There are lots of google resources to help you with this.   I can store the car securely for 3 weeks. but request that pickup be done within that timeframe.
Good luck with your bidding. 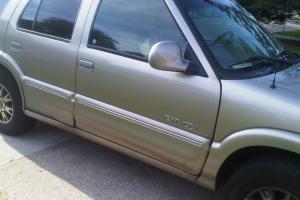 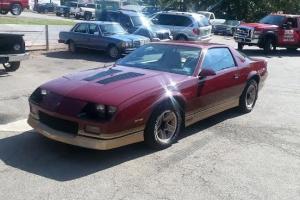 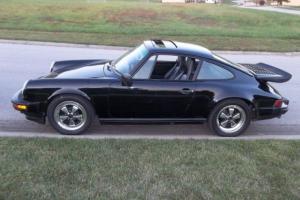 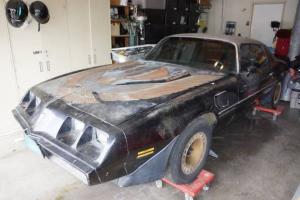 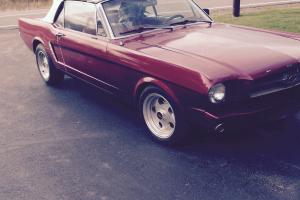