Seller's notes: This car has "rebuilt" status and is registered in the Canadian province of British Columbia, located 30 miles from Vancouver, BC and 120 miles north of Seattle, WA. Damage occurred approximately 11 years ago, front right wheel assembly, fender, hood, bumper. Radiator was not damaged. Has been owner by the expert mechanic/body man that bought and fixed the car to keep as for his own collection. Has been in kept in enclosed storage since the accident. This car was purchased from owner of German Star Motors in Port Coquitlam, BC and is now for sale from the new buyer. Car remains registered in British Columbia, Canada. Only other significant blemish is that the leather is worn on the left seat bolster of the driver seat. Soft top as new. I was told that the soft top has never been used, but I cannot confirm this.
Sale type: Fixed price listing 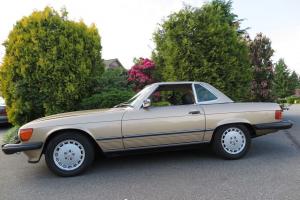 I started going to a mechanic in my area. German Star Motors about 14-15 years ago. to get my 1986 560SEL fixed up. We have maintained a friendship over the years and I have bought a number of cars from him:1983 380SL - should have kept in. 1994 SL500 - nice. didn't love it. 1997 S500 Coupe. which I still have. and love and now think about selling. 2005 S500 - nice car2007 S550 4Matic - loved it. sold it.  And now the 1988 560SL. All of these cars have had rebuilt status and all been problem free.  I've also owned a 1999 S420 which I loved as a daily driver. It ended up getting a little long in the tooth… I first saw this 560SL when it came to the shop about 11 years ago. The German Star owners wanted to keep this car because of the low miles and great condition. I always wanted it too. but the price was too high at the time. The car was hit on the right front. damaging the wheel assembly. fender. hood and bumper. Cross member and radiator was not hit. This was the reason for the rebuild status. It was an insurance write off based on this damage 11 years ago. It has been in storage since. He fixed the front brake callipers last year before I bought it. He also uses factory wax on all the repaired areas and even fills the frame rails with oil to ward off any rust. The undercarriage is It is very. very clean. I am now looking to sell my house and need to move a couple of cars. And I don't really fit in this car. so I won't ever drive it. I actually bought it as an investment. it is time to give it a new home.
The car is located in Maple Ridge. British Columbia. 30 miles east of Vancouver and 120 miles north of Seattle. We can assist with arrangement of freight and USA customs clearance. The car can also be driven home by the lucky new buyer! I can pick you up at the airport in Seattle. Bellingham. WA or Vancouver. 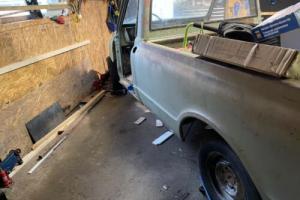 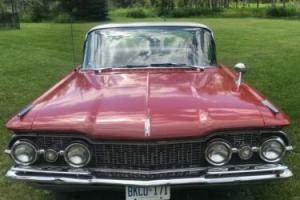 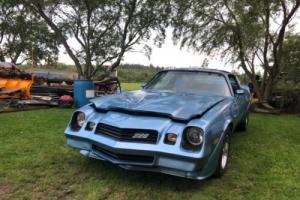 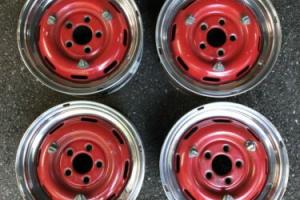 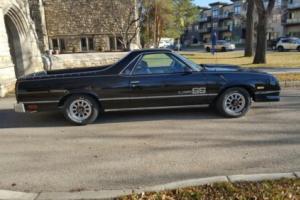