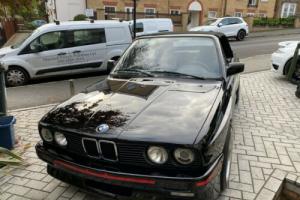 This auction is for my BMW E30 M3 Replica. It has a part fibre glass part steel bonded arches, matching M3 front and rear bumpers and has the spoiler (Which I would remove personally).Cut a long story short, I bought this car from an ebay seller a few weeks back. Having the car I would like more of a standard car hence the sale. I am listing the good and bad bits and pictures will be taken today 14th Nov. IMHO the previous seller was not honest with the work that needed doing but I am.It does have all of the right components to make it a full M3 replica. The right kit, 5 stud hubs, LHD, better engine, M3 seatsCar Spec/Good parts of the car:-LHD base 320i Convertible Japanese import. It still has a Japanese tax disc and the name plate in the engine shows that.Manual RoofE36 M3 S50 Engine, 5 speed gearboxStainless steel exhaust to the back box. The back box looks to be a standard boxCone K&N style filterXYZ Coilovers all round with camber plates on the front (the car actually rides very nicely)M3 Recaro seats with a full re-trim interior. Alcantara type material on the inserts (blue/purple M colour) and the rest seems to be a leather 'type' material in black. The seats look good but the door cards need some finishing.Dash has been re-trimmed in a factory type material.All the re-trim has 'M' colours on the stitching including the dashM Steering wheel and gear knob, gaiter etc have been trimmed.No central locking, manualIt has a new sets of custom mats all round including the boot matIt has had a complete new roof. Its like new with some white stitching on and actually doesn't leak!Full M3 Kit including arches, front and rear bumpers, spoiler and I have the DTM lip for the rear spoiler (not on the car)Full shell respray in factory blackZ3 5 stud wheel hubs and brakesZ3 17" BBS split rim alloys. the fronts are actually rears so equal stance all round. I believe they are about 8J to 8.5J. They have non branded new tyres 205 45 17. Tyres are slightly stretched due the alloys but rides wellReceipts for work that was carried out for the engine, bodywork/kit and re-trim. This was carried out in DubaiV5 in my name and the handbookClear/smoked rear lightsI have just bought a genuine chrome M3 E30 grille and kidney grilles which will be fittedI have just bought the 2 engine side rubbers and these have been fittedMOT until next March 2022HPI ClearRecent work:-All lights have been checked and wiring sorted outIve just replaced the coolant tank as someone had bodged the previous one with silicone! New coolant in, whilst I was there I checked all the fluids and topped up as required.New AFM, Plugs and fuel pump by the previous owner only a few months backNew genuine fuel cap surroundBad bits (this is being totally honest here):-Roof is currently stuck up but I am working on it. I can hear it latching so I don't think its a big issueNo headliningEngine idles slightly high (by say 200rpm) when cold and coming to a stand still. Then drops back to normalThe drivers side seat doesn't tilt forward. The back is off the seat (clips) so I may have this workingThe re-trim. The door cards could do with some finishing around the edges and some of the material has come unstuck. They do look good but are not 100% concourse. some other places the material has lifted slightly so needs gluing back downBodywork - All of the arches could do with a blow through being totally picky to make it 100% concourse. This is due to the fixing method and the way they have been bonded to the steel. There is a slight scratch on one of the quarters which will buff out and a scratch on the front bumper. See picturesWheels - Centres could do with a refurb but lips are goodFront windows are slow to go up and down when holding the switchesNeeds all new rubbers around the windows (front and rear)Engine fan has a broken blade. I have a replacement fanNeeds a fuse box lidMost of the tool kit is missing and no spare wheelThe rear lights need the rubber sealsNo heat coming out from the ventsRadio aerial needs replacing and no rear view mirror. I bought a genuine roof mount aerial by mistake!For a 32 year old car it actually looks pretty good. I had someone stop yesterday and say it was immaculate! The car does drive really nicely and the engine sounds great.It needs some a couple of grand spending on it to get it 100%. I would change the wheels to Azevs or BBS RS personally.The only reason why I am selling it as it was an impulse buy although I do want another E30 but I think I will go for more of a standard body this time.Advertised elsewhere and I am happy to accept reasonable offers. The car can be driven away. Ive been for a long drive in the car its runs very well.May consider P/X for a standard E30 cab or another project car Mk1 escort or similar. The starting price is not the asking price!07507 556378MarkOn 15-Nov-21 at 07:15:58 GMT, seller added the following information:

Updates:-I've fitted the genuine M3 Front grille and kidney side grilles. The matt black grille will be supplied with the saleI've noticed a small power steering leakThe check light is on but drives completely fineThe fuel light stays on for some reason, although the fuel gauge is working properlyPlease message me for further pictures or a video if needed. For long distance buyers I am happy to do a video call and the same when driving the car if needed. For info; I have contact details of 2 good recovery companies for south and north if you are unable to collect the car in person (both of them I have used before and are reasonable) 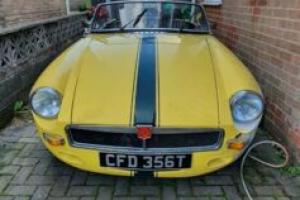 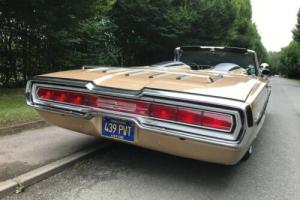 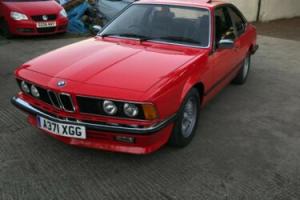 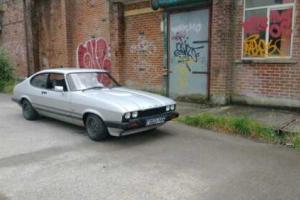 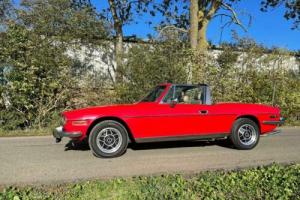