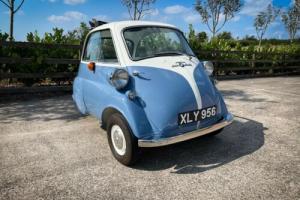 Is this the ultimate city car?

Probably not, but it could certainly be one of the first. Back in 1956, fuel supply from the Middle East to Europe was severely restricted as a result of political controls in the Suez Canal. Fuel was rationed, and large and thirsty cars were difficult to sell. BMW needed an innovative solution, and looked to the Italian firm Iso SpA, who were producing refrigerators, scooters and small 3 wheelers and were to go on to produce beautiful sport cars such as the Grifo.

The first BMW Isetta rolled off the production line in 1955 as an adaptation of Iso's original bubble design, and with a 247cc 4 stroke single cylinder motorcycle engine. The following year BMW made the Isetta it's own with a 300cc 4 cylinder single, and with the help of new government legislation around licensing went on to produce some 161,360 examples.

Our little bubble is a sliding window example from 1959. Built in Brighton with left hand drive as an export model for the Canadian market, it was never actually exported and has lived its life in the UK. We bought it as a stripped and abandoned project, stored in a collection of crates and boxes and we have spent the past 10 years restoring, building and displaying it. It has given us lots of smiles and fun, but now's the time for it to find a new forever home.

Completely refurbished, restored and rebuilt, this little bubble of joy has done no more than a couple of miles and is fresh to enjoy. Perfect as an ornament, or as a city car that literally stops traffic. 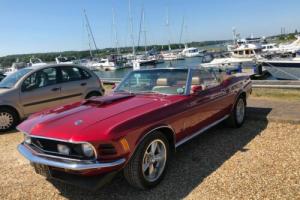 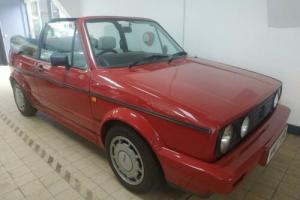 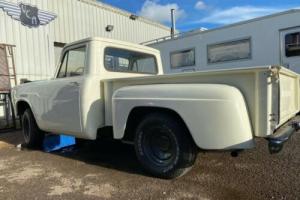 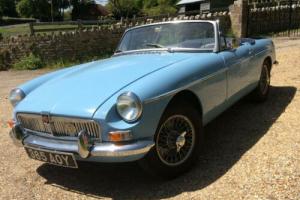 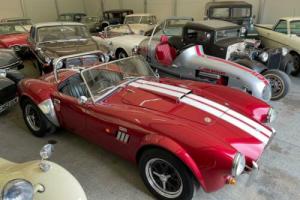