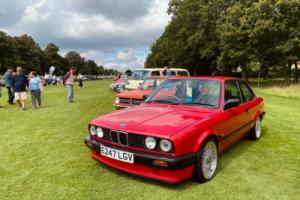 Welcome to the advert for my trusty E30

I bought the car nearly a year ago now, completely on a whim.. I wasn't looking for one, I'd literally just been browsing eBay as you do and stumbled upon it and fell in love with it.

The chap I bought it from was 82, had owned it 26 years as his daily driver and was only selling it as he wanted a car with power steering! He cried as I drove off in it!

To be honest I've barely used it since I bought it, certainly under 1000 miles. I've been to a show in it and driven it to the coast.. thats about it!

Reluctant sale but we've decided now lockdown is over that we'd like a camper to go exploring, so something has to go and unfortunately it's the e30!

Details of the car:

It's a 2dr non sunroof which I'm led to believe is ‘the one' to have and is sought after.

When I bought it, the clutch was slipping so I put it into a local garage to have a new one fitted. Was apparently the original clutch so it had clearly had a gentle life!

The only modifications the car has fitted are below:

The interior is very clean and tidy, the seats are not all torn and frayed like many of the E30s seem to be.

The car is 33 years old and does have some negatives:

Wheels need a refurb as lips are milky and a couple of the tyres aren't amazing.

Boot has a rust hole on the drivers side inner arch, I only discovered it a couple of months ago when cleaning the boot out - it's not close to anything MOT related hence not being picked up at MOT time and wasn't actually a hole at all, I just started poking and ended up making it look worse - it's definitely repairable and accessible.

Exhaust centre box has been patched with gun-gum as was blowing - this was a temporary measure for MOT time and I just haven't got round to replacing it.

Front lower valance has been repaired painted by the previous owner, looks like he's repaired some rust and hand painted it so it doesn't look great.

The car overall is lovely, as you can see by the photos it cleans up nicely. It starts first time and runs really well, I recently did a 3hr round trip to a show and it was fantastic, didn't miss a beat all day.

It however is an old E30 and needs work as mentioned, I'm in no way painting it out to be a concourse car or a car that needs no work. These cars do suffer from rust and as I've said, there's a hole that will need seeing to. I haven't had the car any higher than on a trolley jack for swapping the wheels so I don't know of any more.

The previous owner told me he had some welding done for it's MOT a few years ago at the front jacking points and the bottoms of the sills look like they've been painted so I assume it may have had some welding there too. Nothing rust related was mentioned at MOT time so I can only assume there's nothing too bad.

The car is sold as seen and I only want genuine interest. It's a classic car and these are going up in value rapidly. I've seen them advertised for well over £7000 these days and my agreed value on my insurance is £6000. I've decided to price it at £5500 in view of it needing the rust in the boot addressing.

The car comes with lots of paperwork, log book, keys etc along with the original wheels, wheel trims and steering wheel. 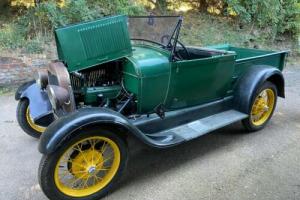 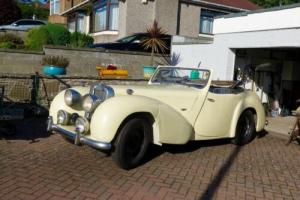 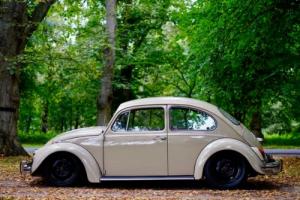 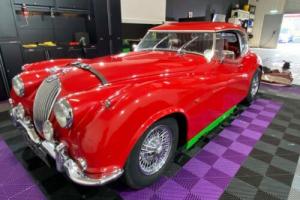 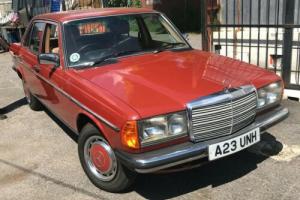