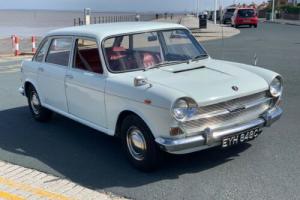 Registered by Wilsons Automobiles Brixton on the 4th of June 1965 to a Mr Churchill from Surrey who kept the car until 1984. The second owner then kept the car until earlier this year, reluctantly letting her go because she was only getting little use. The mileage of 55,274 has been confirmed as genuine and she has also been MOT tested annually.

As many land crab fans will know, MK1 models are becoming quite rare and when launched in 1964 they represented the first series of larger front wheel drive BMC's cars to run alongside the smaller 1100 & 1300 models. They are also slightly more luxurious than later cars such as two-tone interiors, leather seating and a few other minor differences to MK2 and MK3 models.

This particular 65 car has lasted well and although it's not perfect, the condition can genuinely be described as very good with no structural problems, unsightly damage or bodged up bodywork. I'm told the car had paint in the late 80's and its lasted well with only minor bits and pieces starting to require some isolated rectification but overall, the Austin is smart, clean and tidy. Underside is very solid, and the outer sills are in good shape with nothing of any significance The original front passenger door was scruffy, so I've fitted a brand-new old stock panel which had I've had painted and fitted, although the colour is a tad off in the pictures, it's a closer match in real light. I've also fitted a new back bumper, over riders, rear light units and a front grill which were all new old factory stock. The red pin stripe is now on the car.

The interior is in good shape, and I have had the driver's seat base repaired and restitched so both front seats look great. Carpets are original and look fine, but replacements are cheap if the next owner wants to make it perfect. Everything works including the factory radio and the boot interior is also in good condition.

On the road the car drives very well with plenty of power, smooth suspension, and good brakes but there is a slight blow from the rear exhaust box. The previous owner loved this car and has spent many years keeping on top of various servicing and general day to day care, however I'm sure the Austin would benefit from a good service and some ongoing maintenance if you are intending it to be a regular daily runner. The engine bay looks to have had dinitrol but this will come off with a solvent and a few hours of detailing

I've enjoyed my time with this lovely old car but feel its now ready for the next owner to further with the improvements and give the old girl the regular runs she deserves.  Please come and view as you won't be disappointed or call 07895 636045

Finally, I have the original bill of sale from 1965 and a whole host of other invoices and paper work from the last 4 decades, including full main dealer service history. She is also MOT tested until September and has a good test history if you want to look that up.

Deposit due at point of sale and balance is payable on or before collection, I can also arrange transport at buyers cost if needed 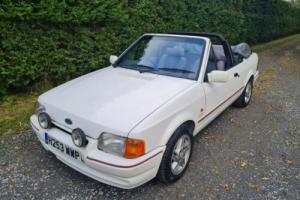 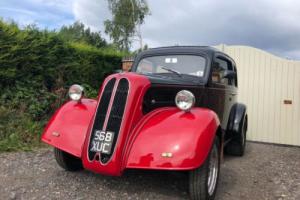 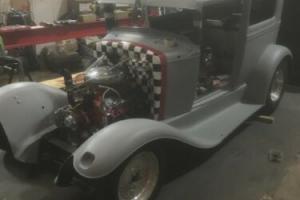 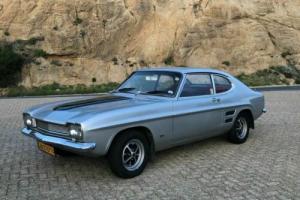 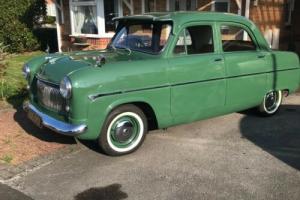