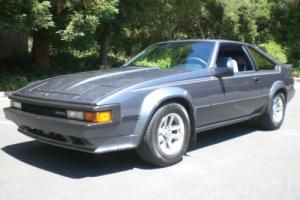 Yep that correct. the mileage is just about at 300k (299. 53 currently).   Car is being driven occasionally so will likely go up slightly.  This car is NOT a junker NOR does it have any running problems. This car runs great. does not blow smoke. gets 20-24 MPG. with the OBX muffler with larger diameter piping it has a great sound/tone. but people can still talk to each other inside the car.   It pulls just as any 100k mile MKII does and I know since I've owned a couple with less than 100k Miles.   Some of you might think this ready for a 7MGTE engine sway. and. you are correct it could be since the body and interior is still in great condition.   However. so is the engine. and a testament to the older Toyota quality.   Yes. it has been driven over its 33 years. but there is no “Need” at this point in time to pull out the 5MGE.

I've listed as much info as I have on the car. and I may be forgetting about this and that little thing. so please send me a message with any questions.   Why selling?  My living situation made a left turn shortly after I acquired this car. and although I've put a good amount of new parts and labor into the car (see below). it regretfully has to be sold.   With the improvements I have done. you will be getting a car that his in better condition than when I acquired it. Thanks for looking and here are the details.   i have many more photos that I can post so please ask if you want to see anything more specific.

Please Note:  Transportation of this car by a car carrier or other is your sole responsibility to make arrangements for transporting the car. and of course paying for that is your responsibility. It is not part of this listing.   You are purchasing the car shown in photos. mileage may increase slightly and I will update listing as that occurs.  If you agree to purchase you are committing that you will pay for the car.

You have 3 business days from the end of the listing to make a full deposit payment of $500. and 10 business days from end of listing to make the full or remaining (less the deposit if deposit was paid) payment on the balance due. Car “may” be driven a few miles after deposit or full payment is made to provide the car to an auto transport service if requested by the buyer.  I have sold cars on ebay before and wire transfer is the best method. but if you are able to pay for the car in person. a cashier's check or even cash (if payed for at the bank) will suffice.  Please communicate with me. and this will all go smoothly for both of us. And we will both walk away happy… now doesn't that sound good?!

Please note:  this car is for sale elsewhere online and can sell at any time. this listed can end at any time.

Here is the history that I have some documentation about (receipts)

-  1991 at 68k miles - Replacement of both cam shafts (covered under the Toyota 90K miles warranty).   I was told by the owner that this was due to the oil flow issues Toyota had with the earlier 5M engines. There is a published Toyota Tech bulletin describing the need and change Toyota made to the cam shafts and other upper end components back in the late 80's which was larger oil passage holes to allow for more oil flow to cams/engine.   Other items replaced at this repair also include the head gasket. rocker arms. hydraulic lash adjusters. and other related parts and gaskets when removing the head is required. There are some other items replaced that I can't read on the receipt anymore. but I assume include the oil pump. and other seals.

- 2014 at 281k miles - replaced power steering high pressure hose. steering inner tie rod boots.  Additionally. the A/C compressor was replaced with a new aftermarket one and the system was recharged with 134 refrigerant.

- 2014 - installed Viper car alarm model # 5806V and two way alarm model #3305V.   Comes with two remotes. works very well. You can lock/unlock the door with the remote and of course set the alarm. Has a high intensity blue LED installed to warm thieves the alarm is active.

My comments on the engine in general - It starts and operates perfectly without any issues.   Being that the cams were replaced at 70k. they therefore have ~ 230 k miles on them. The valve train is still very quiet. as is the lower end of the engine.   The engine does not leak oil as all of the seals have been replaced and are still relatively new.

Other replaced parts that I was either told of by the original owner. or know to be true from visual inspection:

-  Front drilled and slotted rotors. pads have lots of thickness left. The rear rotors are regular rotors (NOT slotted nor drilled). They have slight warpage. so you can feel them shake when braking only at high speeds on a downhill for extended periods. Not a big issue (IMO).   the rear brake pads are below 50% so when it comes time to replace those pads. new rotors would also be in order.

-  the manual shifter has had the bushings replacing in the upper housing. so the stick does not flop around and it very tight when shifting.

-  Steering rack has been replaced.

-  Front seat bottom have been reupholstered and the two outer side bolsters.  (You will also receiving one OEM fabric mint condition left side bolster for the driver side seat. )

- Clutch was replaced within last 100k miles. Original owner did not know for certain when that occurred.   It does not slip. and there is still travel left in the pedal. What I can say. is that I belive it to be an aftermarket higher performance clutch than and OEM clutch would be. It takes about twice as much foot force to depress the pedal. I've have several MKII supras all with OEM clutches. and its pretty obvious that this is not an OEM clutch. Also that the engage travel is very narrow. meaning that the clutch engages/releases more quickly which is what is to be expected in a performance clutch setup (in my opinion).

- Cooling system completely drained and flushed out. and refilled with Toyota Red Coolant

- the OEM wheels that are on the car shown in photos. are NOT the original wheels.   These wheels are my spare set of wheels I've decided to place on this car and sell with the car. These wheels have only 160k miles on them. and are in excellent condition.

- Tires on the OEM wheels are Michelin Pilot 225/60 14 size.   Tires are all in excellent condition and have minimal even tread wear.   I estimate the tread left at ~ 70%.   They have been recently balanced.

-  When I purchased the car. the A/C was working. but I noticed that an O-ring was failing near the condenser with visible refrigerant oil leaking from the fitting.   The system has since stopped working as the refrigerant leaked out.  So. it will need to have the O-ring replaced and then recharged again (with R-134).

- New Wheelskins brand leather steering wheel cover. Color - sea blue  (the flash makes the new wheel cover look more light blue than it is. It's really a good match and matches the seats. It is a little lighter than the dash. but this color was the closest I could find to make the interior.

- replaced PS pump (with good used one) and replaced the reservoir O-ring and cleaned out screen in reservoir.   Flushed system and refilled with Redline Synthetic Auto Trans fluid (spec).

Interior: Very good condition. no rips or tears anywhere.   Due to the original owner having the windows tinted early on. there is NO fading of the fabric on the rear seats.   Front seats do have slight fading on the outer headrest side bolsters. but very minimal as the car was garaged.  As stated above. the original owner had the front seat bottoms reupholstered and so there is a slight difference in the fabric pattern compared to the seat backs (see photos). The sides of the bottoms have been redone in vinyl. but the color match is spot on. and as you can see. they match to rest of the seat very well.   The worst part of the seats in on the driver seat back which is faded but it has not torn.   The original owner has had the seat back covers (the seat backs with the bungee cord netting) recovered. You should be able to make it out on the photos.

On to the interior panels: the dash is perfect and the side vents are not broken. there are a couple areas on the doors where the vinyl has worn through and made some holes and cuts. very minor though.   The center console has some wear as does the center arm rest cover which has been redone. but is wearing again.   The rear cargo pull out cover is not faded at all. and does not sag at the sides.   Rear carpet is clean and in good condition. the driver side front carpet is worn and has some holes in it.

Exterior: excellent condition with a few areas that have been repainted and /or have had some rust repairs done.    Paint is excellent. has normal small chips and scratches for any car of this age. but overall very very nice and not anywhere close to being in need of a repaint.   The sunroof panel has been repainted and there one area on it. where it looks like the body shop made some flaws in the prepwork resulting in some raised “bubble” spots.   These spots are not chipping and it looks more like there was some rust that was repaired. but they did not prep the surface well enough.   (see photos).    The rear bumper was recently repainted.   There original owner told me he had rust issues on the hatch a long time ago at the lower part of the window.   He had it worked on and restored. but there is still some minor remnants of the rust.   The hatch does not leak. nor does the window.  The rear hatch “SUPRA” decal has been replaced with an aftermarket logo. but luckily it's in the correct location on the hatch.    The front bumper (only the black part) has been repainted.

Original owner installed a rear hatch lower spoiler.    The brand I can read off of it shows "FOHO" and Type 1441.

Radio: a older Kenwood with cassette behind the face plate. and a CD changer mounted in the rear compartment and a subwoofer.    CD player works but I noticed it skips when going over bumps in the road. The antenna is aftermarket replacement but does work fine. and retracts completely into the fender well.

ALARM -as stated above the original owner installed a very nice Viper alarm system. which works great. You can unlock/lock the doors with it. and set the alarm with a remote.   The doors and rear hatch are connected to the alarm system.

What I know does not work or other known issues (not much). some of these I've already mentioned above:

- Rear wiper intermittent operation does not work. only the “always on” setting.

- Low fuel light indicator in the dash gauge cluster does not light up when gas gets low.

- slight surface rust on the end of the lower door runner. (see photo)

- evidence of previous rust on underside of hatch (see photo)

- rock chip and 6 inch crack on windshield. Has not changed in years. see crack on the video.

from Harry Manhart, dated 14 april 2020
Is the 84 Supra still for sale.
Are you located in the USA in UK 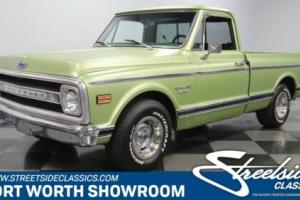 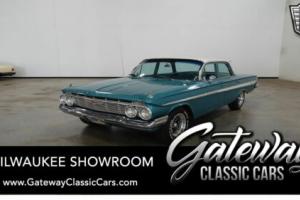 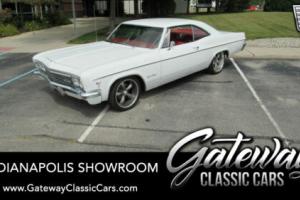 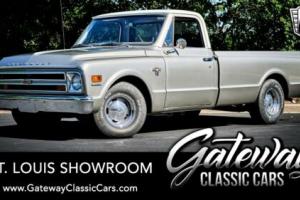 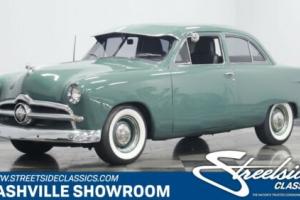 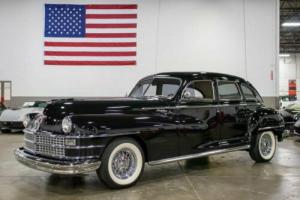 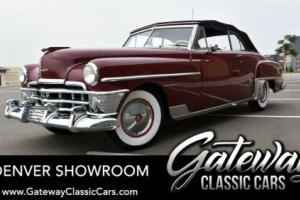 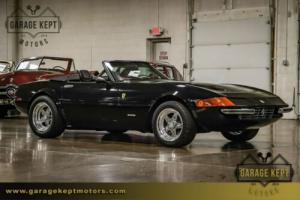 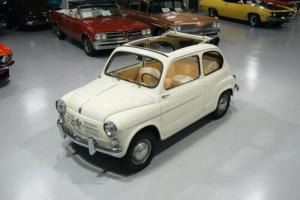 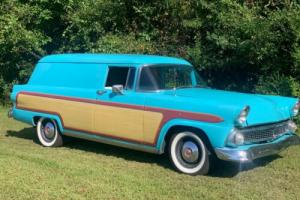 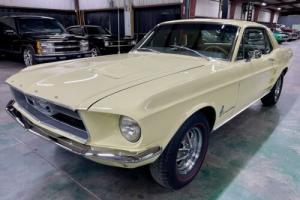 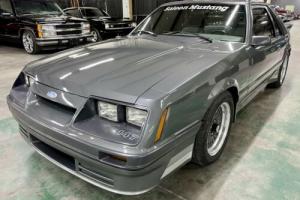 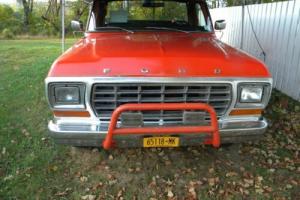 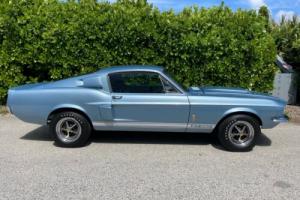