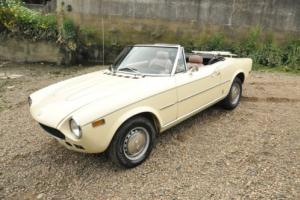 1977 Fiat 124 Sport Spider
Recently imported from Tennessee. The car has an MOT til October 2016. All UK duties and taxes paid. I have the NOVA certificate.
In recent times the car has had the following work:- New alternator and belts - 2010- New Vinyl convertible rood - June 2014- New upper and lower control arm bushings (both sides) - Sept 2014- New inner and outer sway bar bushings - Sept 2014- New drive shaft centre support bearing - Sept 2014- New rear trailing arms - Sept 2014- New fuel line - Sept 2014- New exhaust hangers - Sept 2014- Windscreen wiper system overhauled - October 2014- New water pump - October 2015- Cambelt - October 2015- Full Service - October 2015- New front wheel bearings - June 2016- New front ball joints - June 2016- New tyres - June 2016
I've done a few hundred miles in the car and it drives just as one should. spritely and nippy! I have debumpered the car as the American spec bumpers are horrible (but in good condition). They are included in the sale.
The car was painted Yellow/Cream in 2012 and if I'm completely honest they haven't done the best job. the car is still presentable but poor prep has resulted in some cracks and chips here and there. The seats whilst in good condition have some bleaching from the sun. The dash wood is also slightly faded and loose. Overall the car could benefit from some cosmetics but personally I'd just use it as is for the Summer and enjoy it! We have priced the car accordingly.
Car is ready to be viewed by appointment at West London Showroom.
Merlin - 07545430813 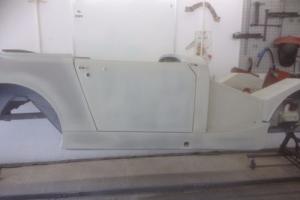 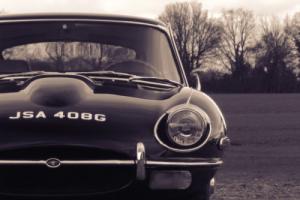 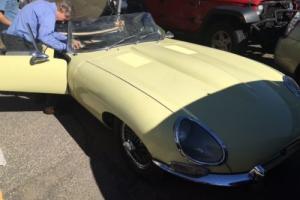 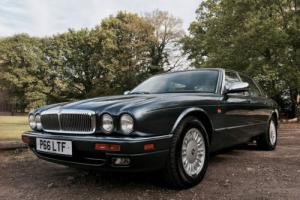 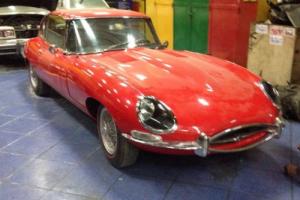