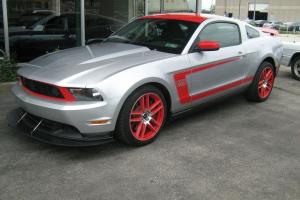 OPEN TO OFFERS
This car has been pampered and is like brand new. was previously in an accident. The passenger rear fender was damaged. wheel ect (no airbags ect were used) Replaced with OEM Parts and is like new again.
The 2012 Laguna Seca is a full blown race car in street legal clothing.

This car has been pampered by its current owner and has only 6100K on it.

"How do you amp up a performance car package as complete as the new 2012 Ford Mustang Boss 302 - already a street-legal race car in its own right? Pull out everything that doesn't make it go faster and add in more of what does. The result is the limited-production Ford Mustang Boss 302 Laguna Seca package - the ultimate 2012 Boss. named to commemorate the first-place Boss 302 finish at the 1970 Trans-Am series opener.

"The Ford Mustang Boss 302 Laguna Seca puts a race-ready version of the new Ford Mustang Boss 302 directly into enthusiasts' hands. said Mark Fields. Ford president of The Americas. "Laguna Seca isn't intended for Boss buyers who simply want an exhilarating daily driver. Think of it like a factory-built race car. which we hope avid racers and track-day fans are going to love. "

Ford Mustang Boss 302 Laguna Seca builds on the bumper-to-bumper improvements found on the standard Boss while further stiffening the chassis and installing an aerodynamics package carried over almost in its entirety from the Ford Racing Boss 302R.

"Drivers who know how to get the most from a tuned race car on a closed course are going to be amazed by what the Laguna Seca is capable of. said Derrick Kuzak. group vice president. Global Product Development. "The balance. agility and tuning of each vehicle system places the driver at the center of the machine. completely connected to everything the car is doing. "
Ford Mustang Boss 302 Laguna Seca (2012)
2012 Ford Mustang Boss 302 Laguna Seca

Ford Mustang Boss 302 Laguna Seca cars are powered by the same smooth. high-winding 440-hp 5. 0-liter V8 as the standard Boss. since the engine was already tuned specifically for road racing. Instead. engineers turned their attention toward delivering power to the ground most efficiently. and getting the car around a track in the quickest possible time.

"When we built the Boss. we had to step back and ask ourselves 'How do we improve on this?'" said David Pericak. Ford Mustang chief engineer. "That car is so strong we realized the Laguna Seca package was going to have to be just a fraction of a step back from the Ford Racing 302R to top it. So we went back and threw daily-driver practicality out the window. cut some things we couldn't cut on the volume model. like the back seat. and built it the way we would set up a production Boss for pure competition. "

Ford Mustang Boss 302 Laguna Seca cars eliminate the rear seats. instead adding a cross-car X-brace that couples the structure between the rear wheels. The brace offers chassis stiffness improvements of as much as 10 percent and allows the suspension tuning - precisely calibrated by Mustang team members - to better do its job.

Standard Recaro front seats were designed by Ford SVT in cooperation with Recaro for high performance Mustang models. and are shared between the Boss and GT500. An Alcantara-covered race steering wheel provides a solid grip for hard cornering.

The final touch for a proper race car was to add the proper wheels and tires: Ford Mustang Boss 302 Laguna Seca models use lightweight 19-inch alloy racing wheels in staggered widths: 9 inches in front. 10 inches in the rear. R-compound ultra-high-performance tires. 255/40ZR-19 in the front. 285/35ZR-19 in the rear. maintain contact with the pavement - a job that ended up being trickier than expected.

"The R-compound tires on the Laguna Seca are so sticky we had to really work on the rear suspension tuning to make sure drivers can get the most out of them. explains Pericak. "The rear stabilizer bar is the largest we've ever installed on a production Mustang - including any SVT product. The rear spring rate was also maximized to work with the massive rear tires and balance the car for minimal lap times. "

Added up. the further improvements to Ford Mustang Boss 302 Laguna Seca result in the best-handling Mustang ever. with more than 1. 03 g of lateral acceleration. stopping distances shortened by three feet from 60 mph over Boss. 0-60 acceleration improvements of one tenth of a second. and an overall expected lap time improvement of one to two seconds over the standard Boss on a typical road course.

As a race car should. Ford Mustang Boss 302 models with the Laguna Seca package look like nothing else on the road. A bright red C-stripe offsets either Black or Ingot Silver paint. and is complemented by a red roof panel. Red also sets off the front grille. mirror caps and rear pedestal spoiler. while Laguna Seca rear badging and unique two-tone red and silver wheels complete the transformation.

Adding both to appearance and aerodynamics. an aggressive front splitter for track use adds downforce at the front of the car. while helping channel air under and around the car. At the same time. air impacting the front end is funneled into the radiator and brake ducts. supporting cooling even under grueling race conditions.

"The Ford Mustang Boss 302 Laguna Seca front splitter is really a Ford Racing piece we've lightly adapted for our purposes. explains Pericak. "It's been tested and refined for the last six months on the Boss 302R to perform exactly as required on the track; we just made a few changes so it could be adapted to the production Boss - though owners will still want to avoid speed bumps and parking blocks. "

At the back. a large rear spoiler is sized to exactly complement the effect provided by the front splitter and underbody aero treatments. with the combination adding as much as 90 pounds of downforce at 140 mph.

"Balance is the key on Boss. and even more so on Laguna Seca. said Pericak. "A winning race car has to do everything well. and we've had the ability to test all the engineering that went into Boss Laguna Seca on the Ford Racing 302R. It's not for everyone: It's stiffer. there's no back seat. and the aero package is designed for downforce. not speed bumps in the mall parking lot. But for hard-core Mustang racers who want something they can occasionally drive on the street. to shows or whatever. Ford Mustang Boss 302 Laguna Seca is the car they've been waiting for. and they're not going to be disappointed. " 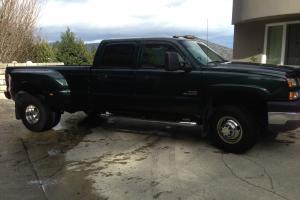 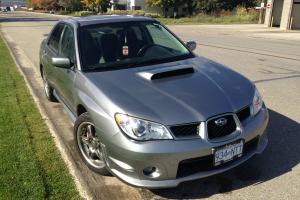 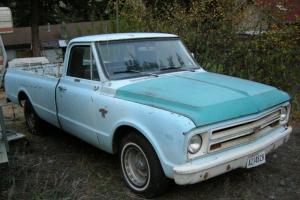 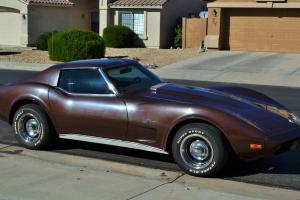 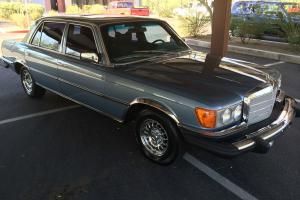