Lotus : Other S2 for sale 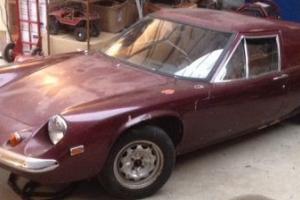 I have a 1970 Europa S2 with 19402 miles on the odometer…. It is in need of a new home…. someone that is truly interested. has the time. the knowledge and the monies to get it back on the road. It has not been registered or on the road since 1974. a true barn find! The engine is not the typical Renault R16TS that originally came in the S2. but a 105 HP Renault R17 Gordini Hemi…. Witha pair of dual Webers bolted on. nbsp;in place of the original fuel injection. it puts out about 125 HP. almost twice what the R16 produced. Now that may not sound like much. but when you're only propelling a 1200 lb. car like the Europa…that is some serious power.

Here are the details about the car….

Needs to have the door hinges replaced. new door seals & rubber gaskets on all windows (as pictured). front windshield polished. paint & fiberglass work (front wheel opening and hinge location as pictured). I'd freshen the mechanical…. i. e. engine. rans. suspension and brakes. re-do the entire interior (wood dash isn't bad & the black cover has NO cracks). replace the gas tank. etc. Yes it really needs to have the body unbolted from the frame (4 people and its done) and just get restored…. This car has never been crashed…. there is not even a ding in the bumpers. But the tail light lens on the passenger side has a broken lens. The horns don't work (probably a bit of Marvel oil in the compressor and it'll start screaming')! I'm sharing all I know about this vehicle.

What does it do?

The engine runs great. the alternator is producing plenty of power to keep everything working even with the battery disconnected. The transmission shifts fine…but I must say. I have not moved the car via the cars own drive train. The pedals or clutch cable and brakes are seized either at the pedals. or else where. Lights work. dimmer stalk works. signals. wipers. heater motor. water pump is moving coolant. steering is free 2. 2 turns lock to lock. The electrical “system” in these cars could be redone in an afternoon by Stevie Wonder & Ronnie Milsap their so simple.

What would I do?

I have owned a few Lotus cars including an S2 Europa in theearly 70's…. I have owned and driven Alfas. Maseratis. Volvo P1800s. Jags. Ferraris and Porsches……. NOTHING has ever handled like a bone stock. much less a properly set-up Europa…. it's a go-kart on rails…. Their amazing!

So……Hey I don't know this cars exact “history". but I know that it came off the road in late 1974 and it has sat for the past 40 years being ignored and pushed aside when it was in the way. If it doesn't sell for the price I'm looking for…. I'll probably redo it top to bottom. inside and out next year and then put it back on the block for $25K+.   Do not miss a great opportunity to own a car that is inexpensive to restore and maintain . Will absolutely go up in value……. and drives like a bat outta Hell!!

Gotta question? Call Kerry anytime at 607-227-1244 or send me a message…. I know a lot about these cars and how to easily source parts …cheap!! Need a few more specific detailed pictures? Just ask! I can help arrange shipping if need be. r…. I can possibly deliver as far west as Los Angeles. CA and many parts in between LA and NY coz I'm heading out west for a few weeks in February 2015 and will have room in the trailer to bring it along for a one way ride (for a fee)!! 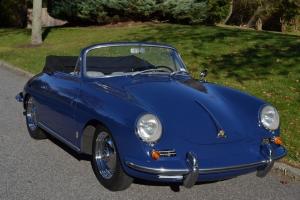 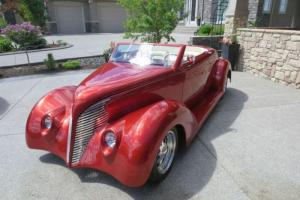 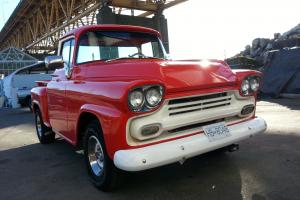 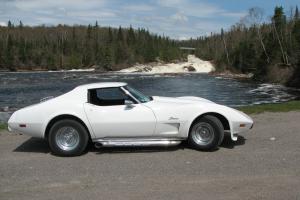 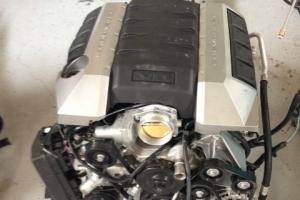