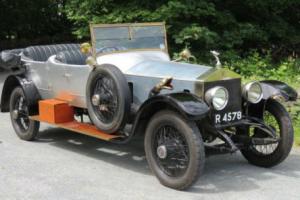 An excellent example. in ideal condition to use and enjoy immediately. The last owner was sad to see the car go. having driven it long distances. and had much enjoyment out of it. Indeed. he drove it 180 miles to us. on a glorious. sunny day. trouble-free and great fun. Originally a Barker Limousine. but nicely re-bodied in the 1990s. with very appropriate and handsome. four door open coachwork. At the same time. the chassis underwent a thorough refurbishment. and the engine was overhauled. Smart. but not too smart cosmetically. enabling relaxed enjoyment.

Snippets – Sir Butt - A Multi-Faceted Gentleman. br/>
Sir Alfred Butt (1878/1962) wore many distinct coats – Clerk. Theatre Impresario. Dir. of Food Rationing WWI. Cons MP for Balham/Tooting & in retirement a Racehorse breeder & owner! His first job was in the accountancy dept of Harrods first but by 1898 he was Secretary to Charles Morton at the Palace Theatre (Built in 1891 for D'Oyly Carte). upon Charles' death in 1904 he was took the position as Manager & in 1906 MD which he held until1920. The acts that he managed & introduced to public in the early 20th Century included the scandalous Maude Allen who danced barefoot & barelegged as “Salome”. even worse was when Lady Constance Stewart Richardson – a member of the aristocracy - appeared on stage bare legged! Sir Butt also introduced stars such as: Anna Pavlova (Russian Prima Ballerina). Fred & Adele Astaire (stage & screen) and Buster Keaton (Screen). During WWI Alfred Butt was the Director of Food Rationing & was Knighted for his services to the Ministry & to Charity. In 1922 he became an MP & in 1929 he was created a Baronet however. in 1936 details of the Budget were leaked and a scandal ensued as Sir Butt was rumoured to have benefitted financially from this. he denied any wrong doing but it was the end of his political career. A few years earlier (1934) Butt had purchased the Brook Stud from Sir Richard Garton and Sir Alfred & his son Kenneth branched into the World of Turf. They had many homebred winners including Petition (stud from 1949/64). sire of Petingo. March Past & Petite Etoile; after Sir Alfred's death his son Kenneth continued the winning streak with Jacinth. Shebeen. Rose Dubarry. Fair Edelweiss & Flambeau. Sir Alfred married twice – Georgina Mary in 1902 (died 1960) and Wilhelmine Wahl in 1960 – in 1978 she remarried to Thomas Pomery 10th Viscount Harberton. 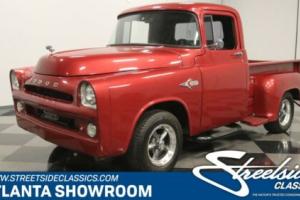