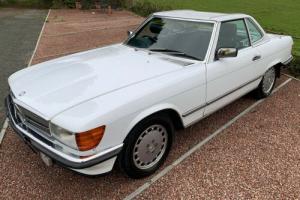 Mercedes-Benz 300SL in Arctic White with Black Leather, Rear Seats and Air ConditioningJust MOT'd last week - Valid until November 202267,000 milesA lovely car with a special history, having been around the world yet only accrued just over 65,000 miles in almost 35 years! Owned for more than a decade by none other than Lord Patten, the 28th and last UK Governor of Hong Kong. The car was ordered in Hong Kong and wore diplomatic numberplate until 1998, when it was shipped to Ireland with the dates coinciding with Lord Pattens work with the Independent Commission on Policing for Northern Ireland. A year later the car was sold to an owner in England, before the current owner acquired it in 2014, driving it to Southern Poland where it has been used sparingly and carefully until returning to England in late 2021 ready to move on to the next chapter in it's life.It drives superbly, has recently been MoTd and is due an oil change ready for the next owner. Inside there is full leather including rear seats and the expensive option of Behr air conditioner - a pricey choice in 1987.Currently awaiting the return of the UK V5 with the correct ‘D' prefix numberplate as it has worn Polish plates for the latest MOT, which was done in England just a week ago. Comes with the original bookpack and a variety of paperwork and documentation detailing a life of care and attention. A nice old SL with a great story, finished in a rare colour with a lovely interior. A proper old thing.PX and offers welcome. Full details on request.SpecificationFinished in Arctic White with Black Leather including Rear Seats, this lovely SL features some unusual and expensive options. The black leather and rear passenger seats, combined with Behr air conditioner and paintwork preservation would have added a not insignificant premium to the already costly list price for the year. The car was also fitted with a ‘tropical' battery, often found when cars are destined for warmer or more humid climates.Ownership HistoryBuilt in Germany in 1987, this car was shipped to Hong Kong in 1988 and adorned with diplomatic numberplate to be the personal transport for Lord Chris Patten and his wife. It was ordered from Hong Kong with the instrument in miles with English legend, as per the data card shown below.Lord Patten was the 28th and last UK Governor of Hong Kong up until 1997, when authority over the territory transferred to the People's Republic of China. A decade later in 1998 the car was registered in Hong-Kong under non diplomatic plates (registration number FJ3853) to facilitate the export allowing the car to return to the United Kingdom. The link to Lord Patten continues with the car then being registered in Northern Ireland, where Patten led the Independent Commission on Policing for Northern Ireland. In 1999 the car is registered in Great Britain for the first time since 1987, now wearing the registration plate D350ELM.It was owned privately in England until 2014, when the current owners purchased the car and drove it to Silesia, Southern Poland, where the car would be kept and enjoyed sparingly by British couple with business interests in Poland. In late 2021 the car returned to England, driven home on it's Polish numberplate (DLWEH95). Upon arrival back in England the relevant paperwork has been submitted to re-register the car on it's original British plates, which all being well with the DLVA will be D350ELM. V5 with correct UK plate is due back any day soon. Car is insured to be driven under it's current Polish number plates.A car with a colourful history in international relations, an SL that has travelled far and wide without actually impacting the odometer!ConditionOutside the SL shows very little in terms of marks that would be consummate with the age, and inside the leather is supple and not too worn. The wood on the insider perhaps bears the hallmarks of being in a warmer climate, but with an afternoon of elbow grease and some product the interior could really be lifted. Outside there isn't much to report, save for the odd minor imperfection most notable on the rear passenger rubbing strip behind the door (the 3rd section of the side strips) where it looks like a little paint or glue has been used. Generally, this is a very clean and healthy looking car.Lots more photos and history details available on requestCurrently in Worcestershire but can be delivered anywhere at cost. Offers and PX are welcome, I like old and interesting cars, anything German or Swedish!461 INSTRUMENT WITH MILES IND. AND ENGLISH LEGEND507 OUTSIDE REAR VIEW MIRROR, LEFT AND RIGHT, HEATED (ELECTRICALLY ADJUSTABLE ON THE RIGHT)524 PAINTWORK - PRESERVATION565 REAR SEATS USED ON SL MODELS585 BEHR AIR CONDITIONER AND ELECTRIC WINDOW LIFTERS (FRONT DOORS)592 HEAT-INSULATING GLASS, ALL-AROUND, HEATED REAR WINDOW PANE, BAND FILTER613 HEADLAMP LEFT-HAND TRAFFIC677 TROPICAL BATTERY682 FIRE EXTINGUISHER740 BLACK SOFT TOP FABRIC 9001 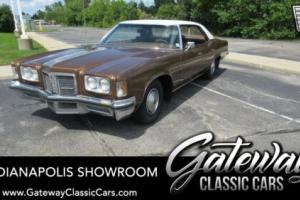 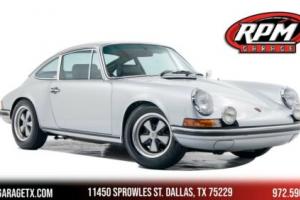 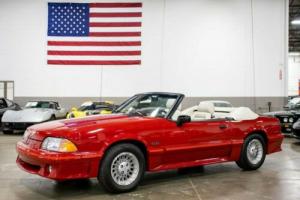 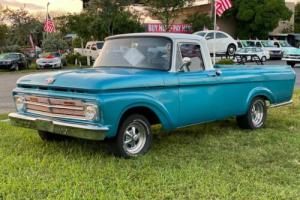 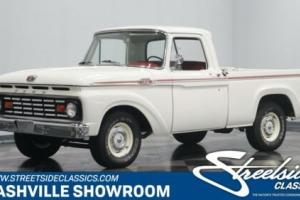 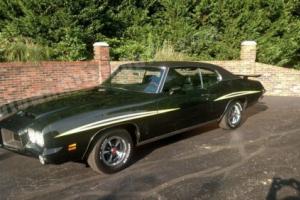 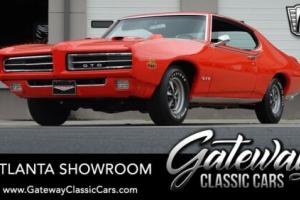 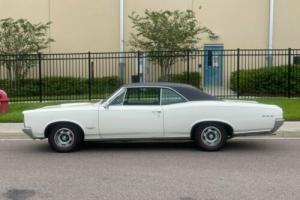 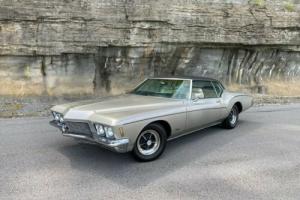 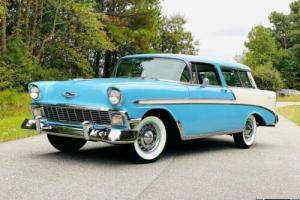 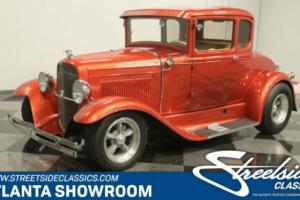 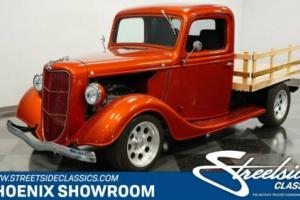 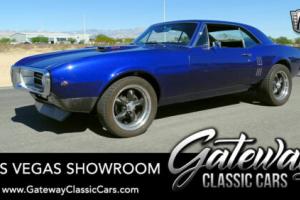 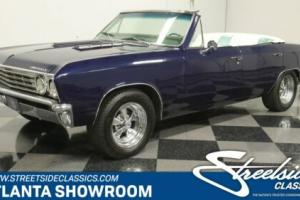