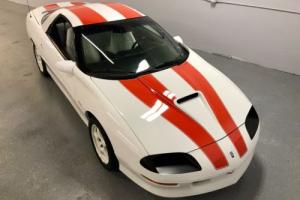 Well. It doesn't get much better than this! If you're a collector. enthusiast or just a fan of the 1997 Chevrolet Camaro 30th Anniversary Edition you have just found your new best friend. This model was introduced with an exclusive color package of Arctic White paint ( 10U ) with Orange stripes front to rear over the slick lines of this special vehicle. The car looks fast. standing still ! And. a very few of these vehicle were then outfitted with a special performance package by the infamous engineering firm of SLP ( Street Legal Performance ). Established in 1987. SLP Engineering produced the factory authorized performance modifications for the vehicle in their Montreal. Canada plant as they were only minutes away from the Chevrolet production facility. From there. the special equipped vehicles were shipped directly to the individual dealerships around the country where their new owners had been patiently waiting for these special ordered vehicles. Be sure to take a close look at the window sticker and the documentation I have provided. it's all there. This was a pretty big deal back in the day and now its available to you.

That said. You now have an opportunity to own a spectacular example of such a vehicle. This vehicle is first of all. very rare!

It is a 1997 Camaro SS with  30th Anniversary Appearance Package ( Z4C ) and the Z28 Preferred Equipment Group ( 1SJ ) the SLP Option Package ( R7T ) with optional stainless steel performance exhaust system ( + 10 H. P. ) and a very rare Six Speed transmission with Hurst shifter. And. it only has a mere pampered 12. 80 original miles and all the documents from day 1 to prove it. That means that of the 3038 Camaro SS built that year. only 957 were built with the 30th Anniversary Package and only 240 of those were Coupes and only 167 of those were Six Speed Manual and less than half of those were modified by SLP Engineering. So. this is one very rare Camaro SS Anniversary 30th Anniversary with SLP Package Indeed! And. I have all the documentation to stipulate just that. So. this IS the one you want. isn't it?

No stories here my friends This. is the one! If you have been waiting for the right car to invest in. this is it! I will provide you with all original documentation including. Original customer order. Original build sheet. Original Window sticker. all of it. It's all here.

This vehicle is in exceptional order and drives out like new. This vehicle is as represented and I invite anyone interested to inspect or send a third party to inspect at the sellers / buyers mutual convenience. I'm sure there will be NO disappointments.

Now. all you need to do is admire your new investment. hold on and watch this special vehicle increase in value. That's it.

THERE IS NO WARRANTY EXPRESSED OR IMPLIED ON THIS PURCHASED VEHICLE UNLESS OTHERWISE STATED IN WRITING ON BUYERS ORDER ATTACHED TO VEHICLE WHEN OFFERED FOR SALE. CUSTOMER UNDERSTANDS THAT THE VEHICLE IS BEING SOLD IN “AS IS” CONDITION AND HAS EITHER INSPECTED VEHICLE OR WAIVED THE RIGHT TO INSPECT THE VEHICLE BY CHOICE. VEHICLES OVER 10 YEARS OF AGE ARE EXEMPT OF MILEAGE RECORDING ON FEDERAL ODOMETER STATEMENTS WHERE REQUIRED BY LAW. ANY TRANSPORTATION SERVICES PROVIDED ARE OFFERED AS A COURTESY AND BINDING BY AGREEMENT BETWEEN CUSTOMER AND TRANSPORTER ALONE. CUSTOMER WILL HOLD HARMLESS MILLENNIUM MOTORCARS. LLC AND ITS OFFICERS FROM ANY CLAIM OF DAMAGE OR LOSS AS A RESULT OF TRANSPORT OF VEHICLE TO ULTIMATE AND FINAL DESTINATION. ALL SALES ARE FINAL. 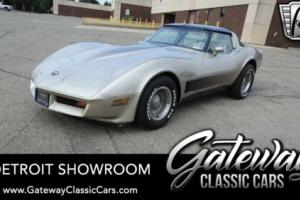 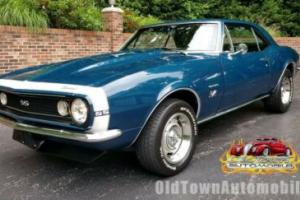 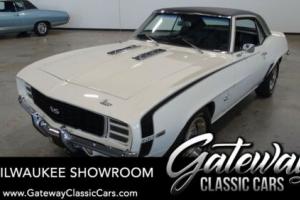 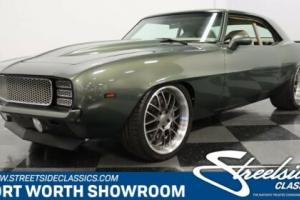 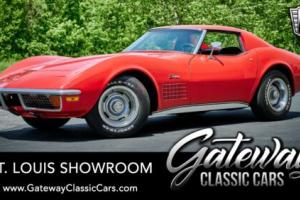 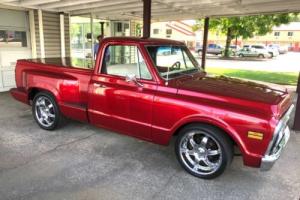 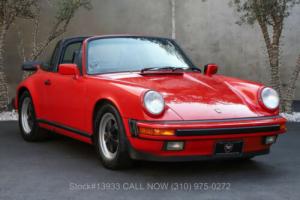 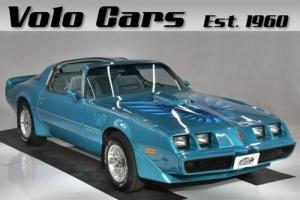 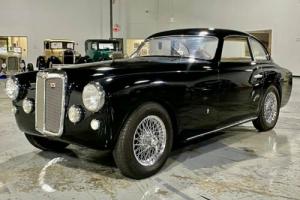 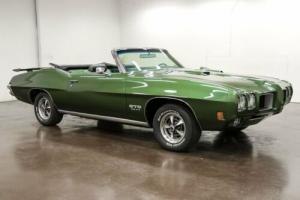 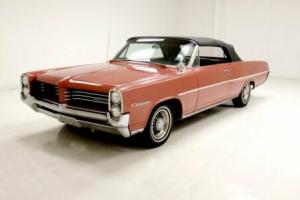 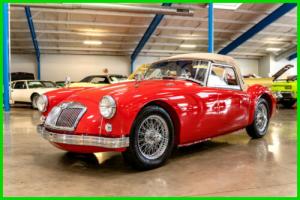 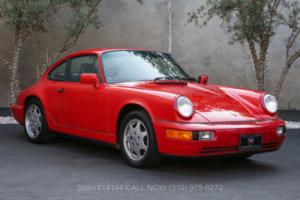 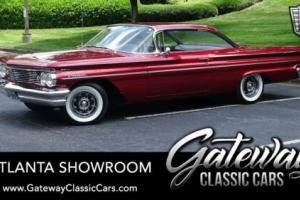