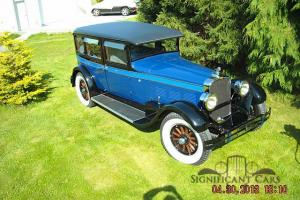 This Spectacular Example was the subject of a no expense spared nut and bolt Professional ground up restoration a few years back. and is a CCCA Premier car. having scored 99. 5 points. Although titled as a 1926. the car sports the Lockheed Hydraulic Brakes and Engine updates. typical of the 1927 model year cars. The Model Year concept was not fully in place as of yet in the industry. and boutique Manufacturers like Stutz often updated their cars in more of a rolling manner rather than with exact year to year cut offs.

There is really very little to fault with this stunning example. which is finished in a lovely catalogue color scheme. Only the Parking Brake is non operational. Note the wires imbedded in the Glass. in the correct period pattern. This was one of the features of the "Safety Stutz". the other most notably being a worm drive rear end which allowed the car to sit considerably lower to the ground than its contemporaries. giving the car a lower center of gravity and thus reducing the chances of roll overs. which were pretty common in accidents at the time.

The theory of "buy the best one you can find" is operational here. There is no way you could restore this car to this level today for twice what we are asking for the car. Well over $100. 00. 00 was spent on the restoration of this car after acquisition. Arguably one of the finest AA Sedans in existence. this car will reward the new owner with many future Concours invitations. and undoubtedly. Awards.

We have many more photographs of this car. please click on any image to be taken to our full-size image list!
Stutz was founded as the Ideal Motor Car Company in Indianapolis IN in 1911. Ideal entered a car in the Indianapolis 500 that year and placed 11th. earning it the slogan. "the car that made good in a day". The next year. the founder. Harry C Stutz . renamed the company Stutz Motor Company and began selling high-performance roadsters like the famous Stutz Bearcat. The Bearcat featured a brawny 4-cylinder T-head engine with four valves per cylinder. one of the earliest multi valve engines.

Stutz was forced to raise money to fund his automobile production. eventually selling the company in 1919 after a falling out with the company's major stockholders. Allen Ryan. who then went bankrupt. In 1922. three Stutz investors. one of whom was Charles Schwab. gained control of the company. The new owners brought in Freerick Moskowics. formerly of Daimler Benz. Marmon. and Franklin. in 1923. Moskowics quickly refocused the company as a developer of safety cars. a recurring theme in the auto industry. In the case of Stutz. the car featured safety glass. a low center of gravity for better handling. and a hill-holding transmission called "Noback". One notable advance was the 1931 DOHC 32-valve in-line 8 (designed by Fred Duesenberg). called the "DV32" (DV for 'dual valve'). This was during the so-called "cylinders race" of the early 1930s. when makers of expensive cars were rushing to produce multi-cylinder engines. While Stutz did not have the resources to design and tool a new engine. the DV32 did allow them to their cars with a larger number than any of its competitors. who were advertising 12- and 16-cylinder engines in their own cars.

In 1927. a Stutz set a world record for speed. averaging 68 mph for 24 hours. The following year. a 4. 9 litre Stutz in the hands of by Robert Bloch and Edouard Brisson finished second at the 24 Hours of LeMans to the 4. 5 litre Bentley of Rubin and Barnato. despite losing top gear 90 minutes from the flag. the best result for an American car until 1966. That same year. development engineer and racing driver Frank Lockhartused a pair of supercharged 91ci DOHC engines in his Stutz Black Hawk Special streamliner Land Speed Record car. while Stutz set another speed record at Daytona. reaching 106. 53 mph in the hands of Gil Anderson. In 1929. three Stutzes. with bodies designed by Gordon Buehrig. built by Weymann's U. S. subsidiary. and powered by a 155 HP 322ci superchargred straight 8 ran at Le Mans. piloted by Edouard Brisson. George Eyston. and co-drivers Phillippe de Rothschild and Guy Bouriat; de Rothschild and Bouriat placed fifth after the other two cars fell out with split fuel tanks.

Production ended in 1935 after 35. 00 cars had been manufactured. The former Indianapolis factory is today known as the Stutz Business Center and is home to more than eighty artists. sculptors. photographers. designers. architects. and craftsmen. Our Ebay Policies:
Significant Cars is one of the largest Collector Car Brokers and Dealers in the Country. Since 2003 we have worked hard to "change the way collector cars find new homes" by providing unparralleled web presentation of the cars we are representing. Most of our cars have over 30 photographs. and these can be viewed by visiting our website (our eBay handle dot com). or by clicking on any of the photographs in the black background area of our EBay listings. We welcome your call with any questions about any of our listings at anytime at 800-837-9902 and certainly encourage your personal inspection of any of the cars we are selling-just call us and we will be happy to set up an appointment for your to see and test drive the car.

We realize that eBay is a difficult venue to properly evaluate an item as complex as an automobile. You can feel secure bidding with confidence on any of our cars since we guarantee your satisfaction! Should you win the auction and come to see the car and decide you do not want it for any reason. no negative feedback will result. any deposit you may have paid will be cheerfully refunded.
Description images and copy © 2004-2012 Significant Cars. Inc.

If the Stuts is still for sale what is the last selling price ?

from Britney, dated 25 february 2015
Is this car still available? 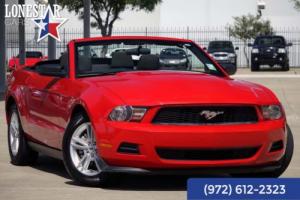 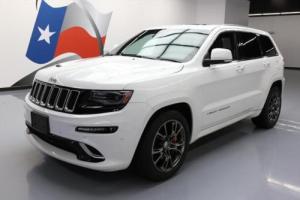 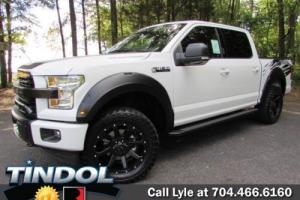 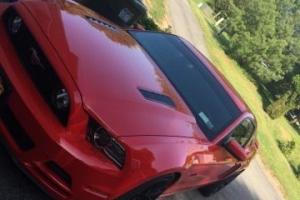 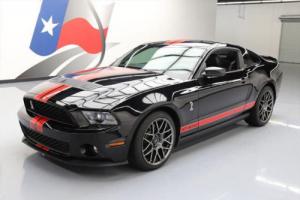