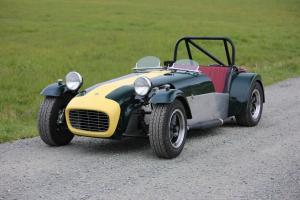 The Lotus Seven is a small. simple. lightweight two-seater open-top sports car produced by Lotus Cars (initially called Lotus Engineering) between 1957 and 1972.
It was designed by Lotus founder Colin Chapman and has been considered the embodiment of the Lotus philosophy of performance through low weight and simplicity. The original model was highly successful with more than 2. 00 cars sold. due to its attraction as a road legal car that could be used for clubman racing.
The Series 1 Lotus 7 were built from September of 1957 to June of 1960. Chassis numbers include 400-499 & 750-892. There are 253 Series 1 cars in total; all of which are right had drive. Chassis 836 began life in England with the engine number 100E S/72382. a 40 bhp (30 kW; 41 PS) Ford Side-valve 1. 72 cc inline-four engine. It was mainly for lower budget club racing on short tracks (ie the 750 motor club). It left the factory in a cream livery and was first licensed for road use on the 25th of March 1960 with British registration plates "VNV 921". The first owner is listed as Mr. David Goodwin on March 24th 1960. He must have purchased it on behalf of Pegasus CarsIn 1976 as the registration was transferred the very next day. in 1976. Pegasus Cars upgraded the engine for more serious racing to engine type 711M 6015BA. a 1. 99cc powerhouse and the most desirable twin-cam Cosworth/Ford engine used in the Super Sevens. We have not been able to find any history on Pegasus Cars. but can assume that they raced the car.
The colour had been changed from cream to a rich purple by 1977 when Pegasus Cars sold Chassis #836. without engine. to a S/R Enterprises of Lions Bay. Vancouver who imported the car for Mr. Arthur Wright of Denman Island. BC. Wright reportedly raced the car for many years at the Westwood track in Vancouver and never registered the car for road use in British Columbia. In 2009 Wright sold Chassis #836 to Mr. Oliver Young in Vancouver BC. complete with a “racing engine”. which is a Ford Kent Cosworth 109E type engine - period correct for a Lotus Seven. Young meticulously restored 836 to its current stunning condition and registered it for road use. Included in documentation are the bills of sale for these transactions. receipts from the restoration and the early British documentation displayed in the photographs below.
Of the three Lotus Seven we've had recently. this is the best documented and perhaps the most interesting car. which has seen lots of track time over the years. It is currently in what could be considered show condition. as evident from photographs. You won't find a better restored or documented Lotus Seven. This is one of the last of the first 253 Series of Lotus Sevens. If you've been holding out for a real gem. look no further!

**Please note that the oil cap was missing in the photographs. but has been ordered.
Please call Robert at +1 (250) 532-6547 to have any additional questions answered or to see the car in person.

Terms & Conditions
Used vehicles are sold "as is". "where is" with no warranties either expressed or implied. We do not accept refunds. Winning bidder must contact us within 24 hours of the auction end. and make arrangements for payment at that time.
A $5000. 00 deposit is due within 48 hours of end of auction.
The remainder is due within 7 days of auction end. If no contact is made within 24 hours. we reserve the right to re-list the vehicle. sell it to the next high bidder. or sell it otherwise.
The car is advertized locally. We reserve the right to end the listing if the vehicle is no longer available for sale.
Seller accepts Paypal for deposit only.
Make sure if financing that your financial institution accepts the year and miles of this vehicle before bidding.
Please arrange financing prior to bidding.
Please do not bid on this auction unless you are serious about owning this vehicle. All non-paying high bidders will be reported to eBay. and negative feedback will be posted.
Buyer is responsible for pickup or shipping of this vehicle. F. O. B. Victoria. BC. Canada
We can assist buyer with export/import and titling in Blaine. Washington at the buyers expense. The process is very simple. Please inquire about costs (shipping from Victoria to Blaine. brokerage fees. duty).

from Guy , dated 08 november 2019
Is this car still available? Thank you

from John Hawkes, dated 06 june 2019
Any more pictures pls cockpit and under bonnet

from Dominic Taylor, dated 28 june 2015
Hi
Is this car for still for sale? Canadian dollars or US?
kind regards
Dominic Taylor 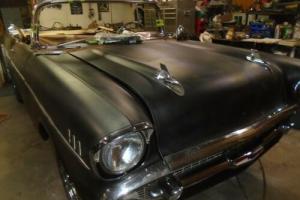 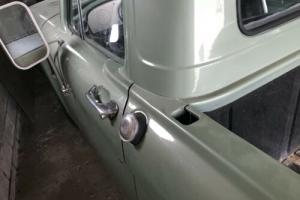 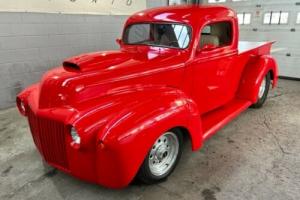 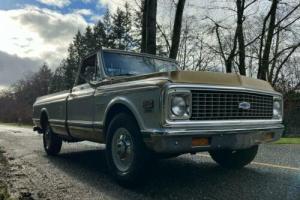 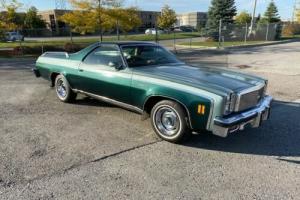