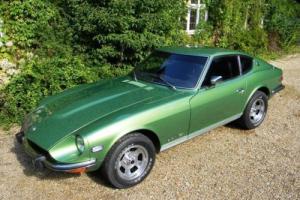 For sale by auction on Saturday 30 August 2014 with Historics at Brooklands. Brooklands Motor Racing Circuit. Weybridge. Surrey. Call 01753 639170
The Nissan S30 (sold in Japan as the Nissan Fairlady Z and in
other markets as the Datsun 240Z. then later as the 260Z and 280Z)
was the first generation of Z GT two-seat coupé. produced by Nissan
Motors. Ltd. from 1969 to 1978. For the 260Z the engine was
enlarged over that of the 240Z with a longer stroke to 2. 6 litres
and increased the power output increased to 165bhp. 1974 brought
for the first time to the S30 line a new 2+2 seating version. which
offered room for four passengers and an extra 11. 9 inches of
wheelbase. These cars have a notably different roofline from the
two-seat coupés. incorporating larger opening quarter panel
windows. The 260Z claimed a few updates or improvements over the
240Z. The climate controls were more sensibly laid out and easier
to work. and those cars with air conditioning now had the system
integrated into the main climate control panel.

This 1973 Datsun 260Z coupé with the automatic gearbox option
was purchased by the vendor in southern California in 2011 where it
had been dry stored for the previous seven years. prior to that it
is believed it had been used as a film prop for numerous years on
different films and TV shows. This completely rust-free example has
been the subject to a restoration and updated to European
specification. The restoration included stripping the car to bare
metal and repainting. completely renewing all the trim including
headlining. seat covers. carpets. replacing all the rubber weather
proofing. giving the mechanics a full service. replacing the wheels
and tyres with hand polishing the period Wolfrace wheels and the
correct American tyres and updating to UK specification with regard
to bumpers and lighting requirements. The vendor is currently
having the car registered in the UK and should have the V5C
document by the time of the auction. It is supplied with an MoT
test certificate which expires in August 2015. an original handbook
and a copy of the American title. 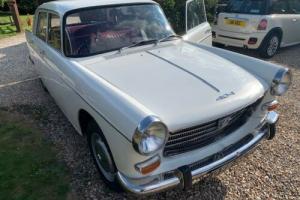 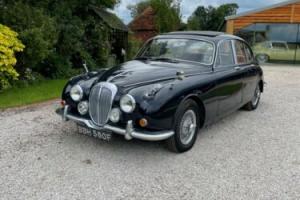 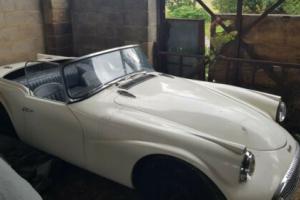 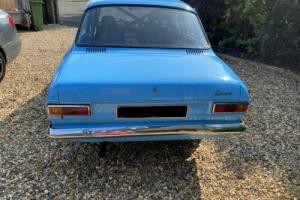 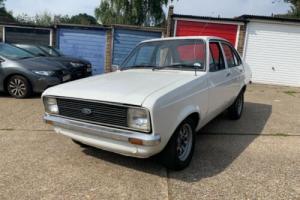