This is the history of the brand Pontiac since the establishment of the company and up to the most modern of vehicles produced under this brand.

We have collected the best classic cars in our catalogue. In addition, if you're going to buy one - just check the latest Pontiac listings in Australia.

What kind of car in the late 70-ies had the lowest fuel consumption? What kind of auto related to a series of sports, youth brands? It's Pontiac. Today, it represents the division of the American company under the name of General Motors. It is fully specializes in the production of sports cars. That is a description of the history of cars В«PontiacВ»?

Pedigree of the world famous company В«PontiacВ» started in 1893. This is the year it was founded by Edward M. Murphy in the city. Pontiac, who was then engaged in the production crew.

In 1907, the production of passenger cars has firm Oakland Motor Car Company. She produced a car under the name of Oakland.

In 1926 in the city. New York-the first model auto Pontiac, which were then with 6-cylinder motors. And in the following year the company got the name of the Pontiac Motor Division. And after about 5 years, the company withdrew from the sale of a family of Oakland.

In 1937, with the conveyor began to produce cars with high-quality steel body. This car had a capacity of up to 100 l/with.

The turning point in the history of the Pontiac was declared the year 1950. It was then that was released a completely new model Pontiac Catalina, which has an automatic transmission. It was a colossal achievement of the time.

In 1960-70-ies the company began producing sports cars as well as cars with low fuel consumption. At that time it was an important achievement, since the late 1970's there was a strong energy crisis - the scarcity and high cost of fuel.

Car number of Pontiac played a positive role in the world of cars. So how in the most difficult economic times of crisis, fuel, created and released an economical car under the name of Pontiac.

Pontiac cars, presented in our catalogue: 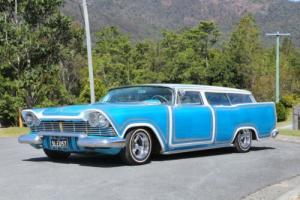