This is the history of the brand HOT ROD since the establishment of the company and up to the most modern of vehicles produced under this brand.

We have collected the best classic cars in our catalogue. In addition, if you're going to buy one - just check the latest HOT ROD listings in Australia.

Along with all TV reality show coming out lately , it has become almost impossible not to notice these monsters on wheels. Their retro look that hides beneath a modern filling, became the hallmark of every other company engaged in the tuning of the open spaces of the United States.

The fact that not all of us know - that the precursors of hot rods were the same as the icon of the American automotive industry Muscle and Pony car. The famous Ford T was the basis for the creation of the first hot rods .

Where does the term " hot rod " is unclear. For the young people of California that before the Second World War went to the salt fields to chase on their chetyrehtsillindrovyh Ford T, there was no such thing . Back in the 30's - 40 's of the last century , it is clear that these machines were called gow-jobs or soup-ups. Accepted definition of the term " hot rod " - the one that means " hot roadster ."

But enough about semantics . Ford T and later bought by Ford A novice drivers, as a cheap base for a budget and not a complex revision. Like today, the hot-rod changed both externally and internally. The first hot rods were made from scrap materials - most of the details of their creators extracted from landfills . Cars are not deprived of the right , according to their owners details. The main idea of ​​tuning at the time - weight reduction, increased top speed . Machines were deprived of even the windshield . The need for weight reduction resulted in the release of all, leaving just a box on wheels, which made ​​the move powerful engine. Today, the development of hot-rod movement sometimes takes an unusual form of , for example, when the engine is sticking out of the car , like a separate part .

Large , solid wheels, which we see in today's " birth ", as in those years , were designed to improve the speed . The rear wheel is increased , and the front on the contrary - it was reduced for better aerodynamics. Being a rear - drive car , Tin Lizzie ( also called as the car Ford T), also received an increase in rear -wheel drive.

A great opportunity to upgrade and increase the capacity of the engine came after Ford V8 Flathead (V- shaped G- 85 hp ) in 1932. Motor Flathead ( flat Bosko ) has a gas distribution mechanism to the lower valves . This car has become a popular means of transportation famous American robbers Bonnie and Clyde. Availability vehicle was maintained for a long time , while the cars were improved in the garage of their home . Most often set higher performance carburetors and modified exhaust system for greater engine output. Also , in 1932 he published an updated model Ford V8 (Ford model B) based on the new frame «Deuce». It is slowly but surely becoming a hit going to the 40 th year and to this day remains the embodiment of the concept hot rod .

After the Second World War, there have been three major developments in the culture of hot rods . First, it has become the flourishing movement, increasing adherence to it all the more enthusiastic people. Second, all of the technology used for the destruction during the war , could now be used for the development of new engines and technologies. And third , the excess military bases , especially airports, could now be used as test sites and trails for racing on a hot labor.

Increasing the number of owners of hot rods as well as the number of converted their cars, created the need for the organization of the race. First of all, it was the type of race drag racing, held on the above ranges. Also, the race appeared on the streets since the 50s, it became a fun weekend . At the same time, rock 'n ' roll captures America and combined with the movement of " hot Roding ."

The first exhibition of hot rods held in 1948 in Los Angeles. The event marked the release of the new magazine Hot Rod Magazine, the brainchild of American publisher Robert Petersen . The exhibition was then visited by more than 10,000 people.

In 1951 he founded the National Hot Rod Association (NHRA), so the race drag racing get organized structure . Illegal street racing were renamed "drag strips". The growing popularity of hot rod divides his followers into two camps. While one part is competing for new racing events under the auspices of the NHRA, creating powerful monsters are not for public roads , while others prefer to go the old-fashioned way and put on street racing on less powerful cars .

By the 1960s, the movement begins to fade. This is facilitated by the so -called Pony car ( cheap production models with a powerful engine ), which are beginning to be sold in these years . Also, these machines were called Muscle car, but they were more powerful than Pony. Together they killed the hot rods . Of course, that there were other reasons: the increase in petrol prices , the oil crisis in the United States . But all together led to the fact that by the 80th year of hot- birth almost forgotten.

In the early 90's hot rods again began to develop in the United States . Only this time the movement is of a different character. Hot rods now are created every second American with average incomes , invested in their creation of entirely different means . They are rarely seen on the streets of the city , the former is widely used in oblivion .

Today , hot Roding strongly byot on the wallet as the car has to be the most powerful and yet the most beautiful. The creation of hot rods are engaged mainly tuning companies , and the movement is not quenched.

Since the mid- 20th century , drag racing brings a multi-million dollar profits, which consists of advertising, and ongoing coverage of the races on television and returned to the creation of these amazing machines. A new round of hot rods also differs from the classical one. Everyone turns into a hot-rod anything, including motorcycles and trucks, but now the emphasis is not on the increase in power , rather than on improving the appearance of ... 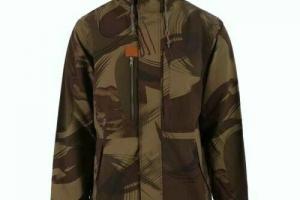 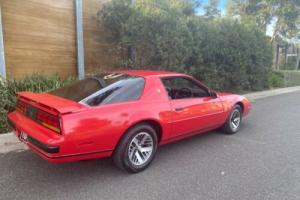 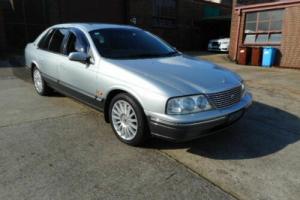 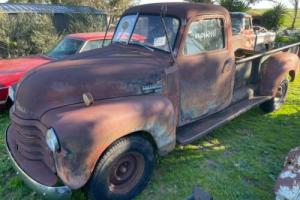 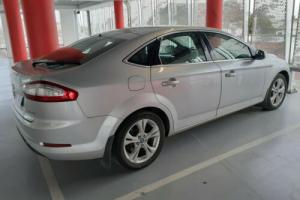